NAHB's yearly survey of builders has come out with some pretty alarming data: There aren't enough lots for building. So what can we do about it?

Homebuilders have struggled throughout the pandemic to find enough labor and materials to continue to put houses together for a market that simply can't get enough, but now there's a new twist to their Herculean efforts: a lack of building lots. According to the 2021 National Association of Home Builders/Wells Fargo Housing Market Index (HMI), 76% of builders have noted that the supply of lots in their area is problematic. 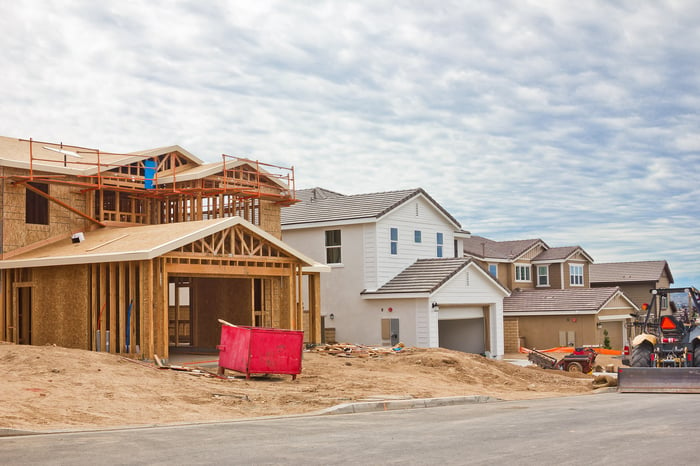 Land is a finite resource

One of the most important things I learned in real estate school was something I never thought was all that important at the time: land is a finite and unique resource. Of course this is true; it's obvious. No two bits of land are the same, and if you throw mini malls and parking lots up on all of it, well, there's nothing left, really.

But living in America, it's easy to forget this. Especially if you're in one of the cities that's not currently struggling for green space. In those areas, it may be harder to really internalize the idea that land is finite, even if it's obvious in the big picture. There's always more land out there somewhere.

Rejecting zoning is an option for cities

Euclidean zoning, the type that we have in most of America, wasn't actually even a thing until 1926, when the Supreme Court ruled that the sort of planning and zoning rules that were present in Euclid, Ohio, were totally legit. Before that, some cities had zoning, but it was all a very scattershot approach. After the ruling, more municipalities adopted the method that Euclid used to divide its districts and create rules for how land can be used.

Of course, this was just long enough ago that there aren't a lot of people living who can remember a time without some kind of P&Z in their lives. But that doesn't mean that what we think of as traditional zoning methods can't be changed. In fact, in September in California, Governor Gavin Newsom changed several zoning laws to essentially eliminate the concept we know as "single-family zoning."

Now in California, not only can you build extra units, called accessory dwelling units (ADU), onto your primary home, you can build a whole second house with its own ADU and divide your lot into two pieces, one for each structure. How's that for a deal? For homebuilders in California, it's not going to be a lot of help, since those rules mainly apply to homeowners, but it's something that could be done literally anywhere in the United States.

More builders need to get together and petition their municipalities, and even their states, to eliminate zoning that's making it hard to build housing units for the many people who are desperately seeking them. That's kind of the first step here. You can't make more land, but you can cut it into more and tinier chunks.

They also need to be thinking smaller. A lack of affordable housing is such a problem in this country, to the point that in many cities the idea of a "starter home" is almost a fantasy. Asking zoning boards to allow smaller homes to be built would allow for more houses per lot, without compromising green space (which is an understandably important thing).

Tiny houses are kind of an extreme concept for a lot of people, but no one builds new homes around 1,000 square feet anymore. Why not? You can put one of those on a 5,000 square foot lot and there's still an actual yard left. And with the way the housing market is, there is absolutely a buyer for a well-designed not-entirely tiny-but-not-huge house.

Above all else, we need to be reimagining zoning together. Existing homeowners will cry and panic, thinking that cats will be sleeping with dogs and their homes will suddenly become devalued, but we can't continue to live in a modern world run with 100-year-old zoning rules. So much has changed about how society works that it just makes sense to revisit these arcane laws that are preventing builders from having enough buildable lots.