Hell's Kitchen may not sound like a particularly attractive landing spot for the young folk, but it's actually an urban hotspot.

The Clinton-Hell's Kitchen neighborhood in Manhattan is lucky number 13 on a new list from RENTCafé that ranks America's 50 largest cities by construction of new apartments.

The apartment search site is part of Yardi Matrix and used its data to parse out where the most apartments are being built. They determined that the 20 most-active neighborhoods for that kind of construction are mostly "hyper-urban," centrally located areas attractive to millennial and Gen Z renters. (Generally speaking, this includes people born from 1980 on. Millennials, in fact, now outnumber boomers.) 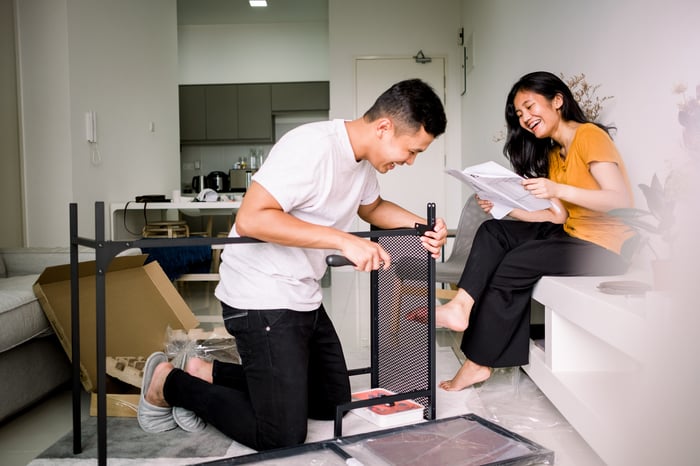 The idea of a "Great Migration" has taken hold during the pandemic, and it's certainly understandable that significant real estate investor attention and dollars have been directed to the suburbs and beyond. But there's a similar movement back in to the central cities, one that recent Fed analysis found is roughly balancing out the urban exodus.

Many of those moving into the central cities are, as mentioned above, millennials and Gen Zers attracted to the urban lifestyle, and the apartment industry is responding with new construction. Stock market plays here include major real estate investment trusts (REITs) such as AvalonBay Communities and Equity Residential.

There are others, too, such as the three covered in this piece by Motley Fool contributor Liz Brumer-Smith: "3 Apartment REITs to Buy Now."

Each REIT has its own mix of markets, and those wishing to specifically target the hottest neighborhoods might consider crowdfunding, too, and the tax-deferral opportunities presented by the Opportunity Zone program. Many of those zones encompass just the kinds of neighborhoods that are proving so attractive for new apartment construction and to the people looking to occupy trendy new digs.