Many of us by now have been exposed to the dire reality of financing healthcare in retirement. For years, Fidelity has been releasing data on estimated retiree healthcare costs, and according to the most recent assessment, a 65-year-old couple retiring today can expect to spend $245,000 over the course of a 20-year retirement, not including nursing home or long-term care expenditures. 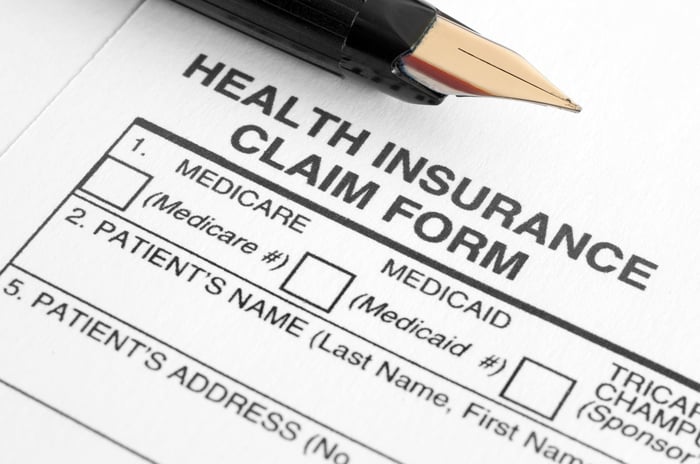 If you're thinking $245,000 sounds bad, here's some even worse news. There's new data out there suggesting Fidelity may actually be grossly underestimating healthcare costs in retirement. HealthView Services, a provider of healthcare cost-projection software for financial advisors and institutions, released its 2016 report on this very topic, and its data show the average healthy 65-year-old couple retiring this year is expected to spend $288,000 in lifetime healthcare costs. And while HealthView's numbers span a slightly longer timeframe than Fidelity's (all projections assume an average life expectancy of 87 for men and 89 for women), that $288,000 doesn't include typical out-of-pocket costs for services not covered by Medicare, like vision and dental care. When we add in those expenses, the total lifetime cost for a healthy 65-year-old couple today rises to $377,000.

But wait -- it gets even worse. Younger couples are likely to face even higher lifetime costs. The same set of data reveals that a 55-year-old couple today is likely to spend roughly $466,000 in today's dollars on healthcare costs in retirement, while a 45-year-old couple should expect to spend over $592,000. Furthermore, HealthView anticipates healthcare inflation will average 5.1% annually over the next two decades, which is way ahead of the general rate of inflation.

Oh, and here's one final kicker. Like Fidelity, HealthView's numbers don't take long-term care expenses into the equation. In other words, that $377,000 a couple retiring this year might spend on healthcare is really only a starting point.

For most of us, these numbers are pretty sobering, but the good news is, you may be able to alleviate your healthcare costs in retirement by taking action now. Specifically, start looking into long-term care insurance, which helps pay for things like nursing homes and assisted living facilities. Though premiums tend to be pricey (a 60-year-old couple pays an average of roughly $3,400 per year), having a plan in place could protect you from catastrophic costs down the line, and the sooner you secure a plan, the less expensive it's likely to be. According to the American Association for Long-Term Care Insurance, over 50% of applicants aged 50 to 59 qualify for long-term discounts based on their health, but that figure drops to 42% among 60- to 69-year-olds, and 24% for 70- to 79-year-olds.

If you're serious about getting long-term care insurance, don't wait until you're on the cusp of retirement. You may wind up paying considerably more or, worse yet, getting denied.

Another great strategy for keeping up with healthcare costs in retirement is to save as much as possible during your working years, and the sooner you get started, the more you stand to accumulate. Imagine you begin saving $200 a month at age 40, and that your investments generate an average annual return of 8%. By the time you reach 65, you'll have grown your balance to $175,000, which can certainly help pay some of those medical bills. But watch what happens if you start saving that $200 a month at age 30. If you give your money another 10 years to grow, by age 65, you'll have amassed a total of $413,000 -- enough to make a much larger dent in your lifetime retirement healthcare bill.

It's easy to get overwhelmed by the staggering cost of healthcare in retirement, but the key is to fight back by making smart decisions while you're still working and earning money. If you start saving early enough, invest wisely, and do your best to take care of your health, once you reach retirement, you may come to find that those bills are more manageable than you thought.

Warning: Healthcare Costs in Retirement May Be Higher Than We Thought @themotleyfool #stocks Next Article
Current