There's nothing like the word "audit" to inspire fear in even the most honest of taxpayers. While it's natural to be nervous about the prospect of an audit, there's actually a lot less to worry about than you'd think. Here are six things about tax audits you may not have known. 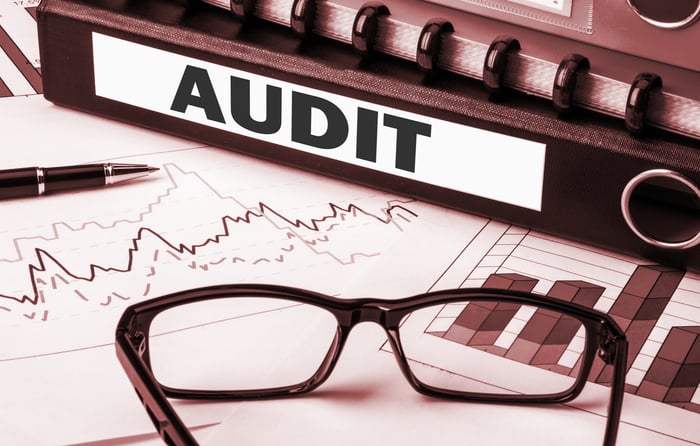 1. Your chances of getting audited are extremely slim

For the past several years, less than 1% of tax filers have been subjected to an audit. And while it's true that high and low earners are more likely to get audited than middle earners, even those earning up to $1 million aren't super likely to get picked. The following table shows the percentage of taxpayers who were audited in 2014 based on their respective income levels:

2. A tax audit can work out in your favor

Even if you are picked for an audit, there's a chance you'll come away slightly richer. In 2015, the IRS gave out an estimated $1.1 billion in refunds across roughly 40,000 tax returns. Getting audited could wind up being a good thing if you overpaid your taxes in the first place.

When you imagine getting audited, you might picture a surly IRS agent barging into your home, combing through your records, and throwing questions at you till you start to sweat. In reality, more than 75% of tax audits are conducted by mail in what's known as a correspondence audit. Typically, all you'll need to do is send in some additional documentation, and voila, you're done. It's pretty rare for an IRS agent to actually show up at your door, especially since the agency is currently operating with fewer employees than ever before.

4. Filing electronically can lower your chances

Some people think they'll be more likely to get audited if they file their taxes themselves instead of hiring a professional. In reality, there's no reason not to file your taxes yourself, especially if they're fairly straightforward. What can get you into trouble, however, is filing on paper, which increases the likelihood that you'll make a mistake. The IRS reports that the error rate for paper tax returns is as high as 21%, whereas it's less than 1% for electronically filed returns. If you're going to tackle your own return, do yourself a favor and file electronically, or, at the very least, whip out a calculator and double-check your math.

5. An audit may not happen right away

Though most tax audits typically occur within two years of when you file, the IRS gets a three-year statute of limitations to revisit old returns. Furthermore, the IRS can actually go back as far as six years in situations involving what it calls "substantial errors." As such, it's important that you retain your tax records and receipts for at least three years after you file. If your office cabinets are overflowing, scan your documents and retain them electronically to avoid losing them over time.

Just because you file an amended return to correct a previous mistake doesn't automatically exempt you from getting audited. In fact, not only can the IRS still audit your original return, but it can also choose to audit your amendment.

Nobody wants to get targeted for an audit, but the best way to mitigate the risks involved is to keep impeccable records and be as accurate as possible when filing your return. Stick to the numbers, follow the rules, and with any luck, your tax return won't be among the few that ultimately get picked.