Americans do a lot of shopping around the holidays. The average consumer plans to spend over $900 on gifts this season, according to the American Research Group, and many of us will inevitably wind up spending much more. However, all of that shopping can really take a toll on your finances, so here are a few pitfalls you should be certain to avoid. 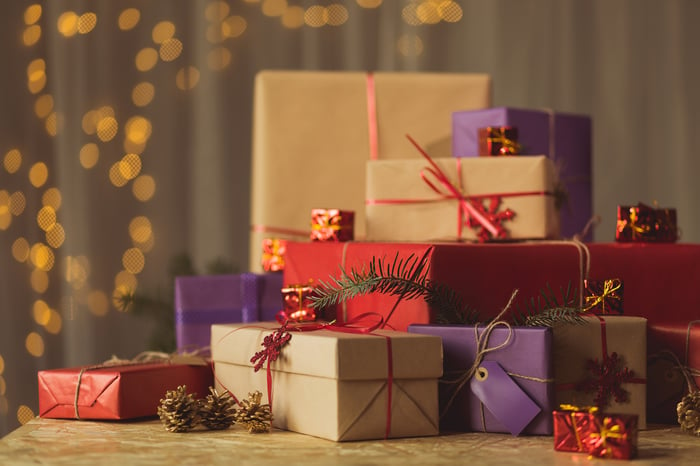 It happens to the best of us: We make lists, look at our finances, come up with a total number we're comfortable spending -- and then toss it all out the window. A study by T. Rowe Price found that 58% of shoppers never manage to stick to a holiday budget. Meanwhile, 53% of parents admit to buying everything on their kids' wish lists, no matter the cost. And 64% acknowledge that they typically spend more during the holidays than they should. Adhering to a holiday budget will help keep your spending in check, so if you're going to take the time to create a budget, make sure you actually follow it.

2. Chasing deals for the sake of getting a deal

It's hard to ignore the plethora of deals available during the holidays. But buying things you don't actually want or need at a lower price doesn't mean you're getting a deal; it means you're throwing away money unnecessarily. Before you go shopping, whether it's at stores or online, make a list of the items you're looking for and pledge not to stray from it, no matter how enticing the offer. For example, if a tablet that normally retails for $150 is available for $75, and it's on your list, by all means, grab it. But if you were never planning to buy a tablet in the first place, move on.

Credit card debt is a big problem for most American households, and it tends to escalate around the holidays. In a recent survey by MagnifyMoney, 26% of Americans stated that they expect to take on more debt during the 2016 holiday season. And of those who plan to rack up debt, 66% anticipate that it will take more than three months to pay it off.

Last year, the average shopper added $1,073 in debt during the holidays. At 16% interest, which is what many of today's cards might charge (if not more), paying that amount off over the course of a year would add almost $100 in interest payments. To avoid the temptation of charging up a storm, leave your credit cards at home when you shop and stick to cash purchases instead. You'll lose out on some of the benefits of paying by credit card, but you'll lower your risk of taking on unnecessary debt.

That pile of unused gift cards sitting in your desk drawer is as good as cash. If you're short on funds but have gift cards available, try using them to purchase things for other people before you spend money of your own. If the gift cards you have won't help knock things off your loved ones' wish lists, try getting cash for them instead. There are several ways to turn unwanted gift cards into money you can actually use.

If you've failed to save for the holidays but have a chunk of cash sitting in your 401(k), you may be tempted to dip into your account rather than take on credit card debt. T. Rowe Price found that 11% of shoppers took money from a dedicated retirement account to fund their holiday shopping. But withdrawing from your retirement savings to pay for holiday gifts is actually one of the most financially detrimental moves you could make. First, if you take money out before you reach 59-1/2, your withdrawal will be subject to a 10% penalty. On top of that, your withdrawal will be taxed as ordinary income, so if you take $1,000 out of a 401(k) and your effective tax rate is 25%, then you'll wind up losing $250 to taxes.

But it's not just penalties and taxes you'll contend with. Any money you take out now is money that won't be available to you in retirement. Worse yet, you'll lose out on not just the principal amount you withdraw, but the growth on that principal. Remember, $1,000 can turn into $10,000 over 30 years if your retirement plan investments generate an average annual 8% return -- all the more reason to leave that money alone.

The holidays can wreak havoc on your finances if you're not careful, so whether you're checking small items off your shopping list or staring down the deal of the century, make sure you think before you buy. The more you overspend this month, the more you'll pay the price come 2017.