Many people rush to claim Social Security the minute they're eligible, which happens at age 62. Others wait until their full retirement age (66, 67, or somewhere in between) so they can collect their benefits in full. Some even hold off past that point to rack up delayed retirement credits and increase their benefits. There's no right or wrong age to start claiming Social Security, and the decision often boils down to personal financial circumstances more so than anything else. But if you're thinking that 62 is too early to take benefits but don't want to wait until your full retirement age, here are a few good reasons to land right in the middle at age 65. 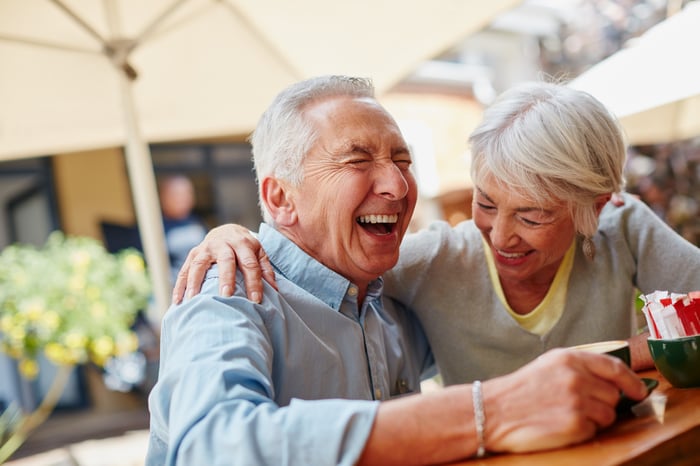 1. Your full retirement age isn't that far away

The downside of taking Social Security at age 62 is that for every year you claim benefits prior to reaching full retirement age, you'll face a reduction in payments. Specifically, you'll lose 6.67% of your benefits for up to 36 months and then 5% of your benefits beyond that point. This means that if you claim Social Security at 62 when your full retirement age is 67, you'll wind up losing 30% of your benefits, and that reduction will remain in effect for the rest of your life. It's for this reason that most people are better off not claiming at 62 unless they have no other choice.

Claiming benefits at 65, however, is a different story. If you need the money and don't have another source of income to tap, taking benefits a year or two early is a far better alternative than racking up debt to cover the bills. Say your full benefit amount is $1,500 a month and your full retirement age is 67. If you start collecting Social Security at 65, you'll reduce your monthly payment to $1,300. While that may not be ideal, it's not nearly as bad as claiming at 62 and cutting a $1,500 payment down to just $1,050.

2. You're eligible for Medicare at that point

Healthcare is a major expense for retirees, but if you stop working before you reach age 65, you'll need to find health coverage on your own and foot the bill for your associated premiums. The benefit of waiting on Social Security until age 65 is that you're eligible for Medicare at that point. And while Medicare isn't perfect, it does provide critical health benefits for millions of seniors, many of which come at no cost to enrollees. If you're going to take Social Security a little bit early and reduce your benefits, you can at least rest assured that you'll have Medicare to fall back on for your healthcare needs.

3. You're young enough to enjoy the money

One final reason to take Social Security at 65 is that you'll get to enjoy some of that money while you're young enough to make the most of it. In fact, if your financial situation is such that you don't need the money to cover your living expenses, but rather want the money to indulge during the earlier stages of retirement, you might as well take those benefits when you're in the best possible shape to use them.

According to the Bureau of Labor Statistics, the average senior aged 65 to 74 spends $2,988 a year on entertainment, compared to just $1,626 for seniors 75 and older. And while a big reason for the drop in spending among older retirees might boil down to lack of funds, it's fair to assume that as people age, their ability to participate in a wide range of activities gradually declines -- all the more reason to use those benefits to travel, play golf, or do whatever it is that makes you feel fulfilled.

The decision to claim Social Security isn't one to take lightly. If you're thinking of taking benefits starting at age 65, it's important to consider the drawbacks as well -- namely, the fact that you will be permanently reducing your payments. But if you need the money a couple of years early or don't want to wait to enjoy it, claiming at 65 could be the best way to go.