Retirees and financial experts alike put a lot of faith in the 4% rule. And while it has long been hailed as the go-to method for making retirement savings last, it has enough defects to make the average saver question its usefulness. 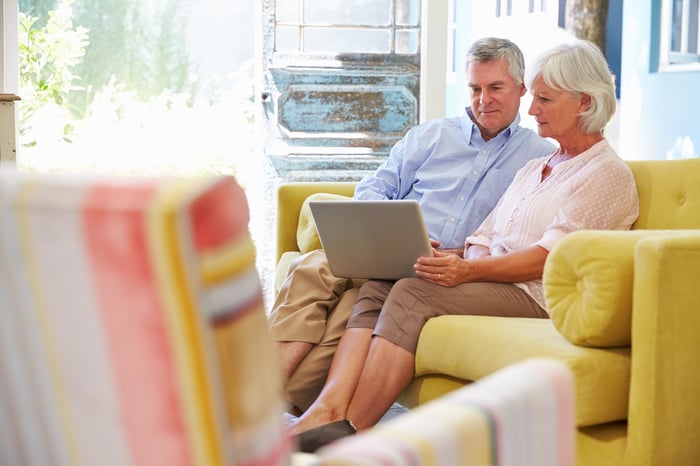 Developed by William Bengen in the mid-1990s, the 4% rule dictates that if you start by withdrawing 4% of your retirement savings balance during your first year of retirement and then adjust subsequent withdrawals for inflation, there's a very good chance your savings will last for 30 years. So if you enter retirement with a $1 million savings balance, then you'd begin by withdrawing $40,000 your first year, and then adjust future withdrawals upward to retain your buying power in the face of inflation. But while many financial experts swear by the 4% rule, it's by no means perfect.

Retirees are typically advised to shift a portion of their investments into bonds as they get older to minimize their overall risk. The 4% rule assumes not only that a large chunk (anywhere from 40% to 50%) of your portfolio will be in bonds, but that those bonds will generate a reasonable amount of income for you during retirement. The problem is that interest rates are far lower today than they were when the rule was first developed, which means current and soon-to-be retirees may not take in enough bond income to support annual withdrawals of 4% or more.

The 4% rule also makes certain assumptions about the market's performance, but a downturn or upswing could work against you in one of two ways. First, if the market tanks just in time for you to take your first withdrawal, you'll risk depleting your savings sooner than expected, or you'll have less income than needed to pay your living costs. On the other hand, if the market exceeds expectations and you stick to 4% withdrawals, you could end up with a large chunk of unused cash toward the end of retirement. And while that's better than the reverse scenario, it also means you'll have lost out on the opportunity to enjoy that money while you were younger.

Despite these glaring flaws, the 4% rule can still help guide you toward a reasonable retirement savings goal. You just have to take it with that proverbial grain of salt.

What makes the 4% rule such a valuable piece of financial advice is its inherent simplicity. If you enter retirement without a clue as to how much you should be withdrawing, you can use the 4% rate as a solid starting point and see if it works for you.

But perhaps an even better use of the 4% rule is to have it serve as a benchmark for meeting your retirement savings goals. According to a 2016 Transamerica survey, baby boomers nearing retirement have saved a median $147,000, and 22% have less than $50,000 set aside for their senior years. And in most cases, that's not nearly enough to support their pre-retirement lifestyles.

Your retirement savings probably won't be your only source of income. If you worked long enough, you'll get Social Security as well. But the average monthly benefit payment is currently just $1,360, so even if you add in your $1,000 from independent savings, you're still left with just $2,360 a month to cover all of your living expenses -- which might clue you in to the fact that you haven't actually saved enough.

Along these lines, you can use the 4% rule to see if your retirement savings are on track, or whether you'll need to step up your game to ensure an ample income stream once you stop working. Let's say you want to retire next year and expect to spend $4,000 a month, or $48,000 a year, in retirement. Let's also assume you'll get $1,360 a month, or $16,320 a year, in Social Security benefits. This means you'll need to come up with the $31,680 difference per year. Take that amount and multiply it by 25, and you're left with a savings goal of $792,000 under the 4% rule. You can then compare that number to what you saved already to see if you can afford to retire on schedule.

Though the 4% rule isn't perfect, it highlights the importance of independent retirement savings. And while you can, and should, adjust the rule to suit your personal circumstances, it's a pretty reliable baseline.