Please ensure Javascript is enabled for purposes of website accessibility
Log In Help Join The Motley Fool
Free Article Join Over 1 Million Premium Members And Get More In-Depth Stock Guidance and Research
By Maurie Backman - Apr 8, 2017 at 9:24AM

If you're a lower earner, here are three money-saving tax credits you don't want to miss out on.

Taxes are a burden for all working Americans, but low earners tend to feel the pain the most. Thankfully, the Internal Revenue Service offers a number of tax breaks for low-income households. With the tax filing deadline looming, here are a few key credits you don't want to miss.

Unlike deductions, which only serve the purpose of exempting a portion of your earnings from taxes, tax credits offer a dollar-for-dollar reduction of your tax liability. In other words, a $1,000 credit will allow you to automatically subtract $1,000 from your tax bill, thus offering the maximum direct value. 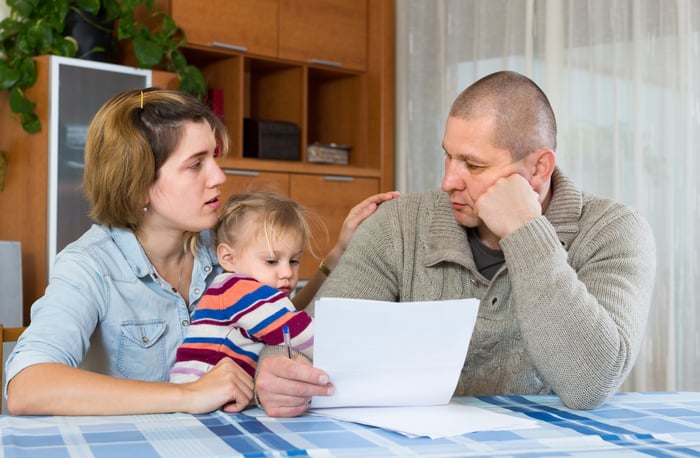 Most tax credits are nonrefundable, which means the most they can do is take your tax liability down to zero. The Earned Income Tax Credit is particularly lucrative for low earners because it's one of the few tax credits out there that's actually refundable: If you're eligible for the EITC and don't owe any tax, you'll get a check for the difference.

EITC eligibility is based on your earnings coupled with the number of qualifying children living in your household, as follows:

If you do qualify for the EITC, here's how much it might be worth to you:

Though the EITC is one of the most rewarding IRS credits out there, it's estimated that 20% of eligible tax filers pass it up each year. If you're a lower earner, it pays to see whether you qualify.

If you have children in your household under the age of 17, you may be eligible for another valuable credit. The Child Tax Credit gives you $1,000 for every qualifying child you have, provided your income doesn't exceed the following thresholds:

If you earn more than the above, you won't be automatically disqualified from claiming the credit, but you will see a $50 reduction for every $1,000 of income over these limits. If, for example, you're a married couple filing jointly and earning $120,000 a year, with one qualifying child, you'll only get to claim half the credit -- $500. The good news, however, is that reductions are applied per family, not per child, so if you have two children to claim, your credit will still only go down by $500.

The Saver's Credit rewards low-income workers who make an effort to save for retirement. In addition to the tax breaks you'll get just by opening an IRA or 401(k), such as pre-tax contributions and tax-deferred investment growth, if your earnings fall below the applicable thresholds, you'll get a portion of your contributions back in the form of a tax credit.

Here are what the current income limits and incentives look like:

Nobody wants a higher tax bill than necessary. If you're a low-income tax filer, it pays to learn more about the various deductions and credits that could be available to you.