It's a well-known fact that most Americans aren't in great financial shape. An estimated 69% of U.S. adults have less than $1,000 in savings, while 34% have no savings at all. And the Economic Policy Institute reports that almost half of Americans have nothing to show in retirement savings either.

However, while it's one thing to not have many assets to speak of, it's another thing to reach the point of having a negative net worth -- and that's the category 14% of American households fall into. Negative net worth represents a financial scenario where your total debts exceed your total assets. If, for example, you have $500 in short-term savings, $4,500 in a retirement account, and $6,000 in credit card debt, you'll have a net worth of negative $1,000. 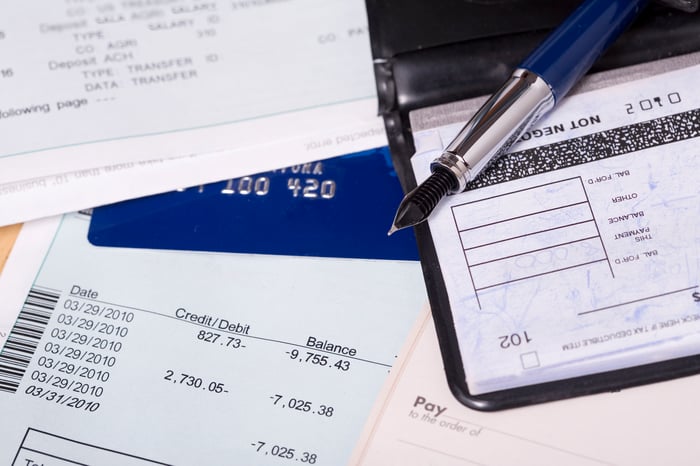 Now when we think about the reasons why a household might have negative net worth, we may be inclined to blame mortgage and credit card debt. Yet in a New York Federal Reserve study, which found that over 16 million households have a negative net worth, the single largest culprit was none other than ridiculous loads of student debt. Now that's a good reason to think before you borrow.

Negative net worth: how we got here

Americans have a number of options for accumulating assets. In its study, the Fed identified respondents' total assets, including short-term savings, retirement savings, investments, home values, vehicles, and other tangible items of notable value. It then calculated respondents' total outstanding debts, including mortgage debt, home equity lines of credit, auto loans, credit card balances, and student debt. When the total amount of debt for a given household exceeded its total assets, that household was classified as having negative net worth.

Of course, the student loan crisis is by no means news. Americans owe more than $1.4 trillion in student loans, and at present, a good 44 million adults are still paying off educational debt. To give that some context, total student loan debt in the country exceeds credit card debt by roughly $620 billion. And while many college hopefuls have no choice but to rack up debt in pursuit of an education, their borrowing is also increasing year over year. The average Class of 2016 graduate came away with $37,172 in student debt, which represents a 6% increase from the previous year. And unless students collectively get smarter and more judicious about borrowing, we're likely to see an even greater uptick in negative net worth households in the coming years.

That said, owning a home can also lead to negative net worth, especially given the number of Americans with negative equity. Of those surveyed, 36% of negative net worth households are underwater on their mortgages. And while the ongoing housing market recovery might allow some of these households to dig out of their hole, that still only helps those folks in a strong enough financial position to buy a home in the first place.

The good news in all of this is that for many households, negative net worth is a temporary condition. For example, recent college grads who emerge loaded with debt have an opportunity to pay off their loans early on in their careers, and once they do, they can quickly begin accumulating assets.

The downside, however, is that even just a few years of having negative net worth can impact your ability to save for the future and borrow money at a favorable rate -- which is why it's a better idea to avoid taking on too much debt in the first place. Since student loan debt plays such a key role in pushing households over the edge, a good way to preserve your financial standing is to avoid borrowing too heavily for college in the first place. While limiting your debt might, in turn, limit your choices, opting for a public in-state school over a private one can shave $24,000 off your tuition costs each year. Commuting from home versus dorming, meanwhile, can save you $10,000 or more annually.

Furthermore, the less student debt you graduate with, the better positioned you'll be to buy a home earlier on in life. And the less money you throw away on rent (an expense, not an asset), the greater your chances of avoiding negative net worth status at some point in time or another.

At the end of the day, net worth is a simple calculation based on the assets you have versus your outstanding debts. Make sure the former category always exceeds the latter, and you'll be in pretty good shape for the long haul.

16.6 Million U.S. Households Have a Negative Net Worth -- Here's the Surprising Reason Why @themotleyfool #stocks Next Article
Current