To hear that numerous Americans are burdened by healthcare costs isn't exactly news. But a new report by Bank of America Merrill Lynch highlights just how severe the situation has gotten. For one thing, 79% of employees saw their healthcare costs climb in 2016, up from 69% in 2015.

But it's not just that healthcare expenses are rising; they're also impacting workers who can't keep up. A good 56% of people who saw their costs increase last year say their financial goals -- namely, saving for retirement and paying off debt -- are now suffering. And though not nearly as critical, two-thirds of workers whose healthcare costs went up have been forced to cut back on leisure. 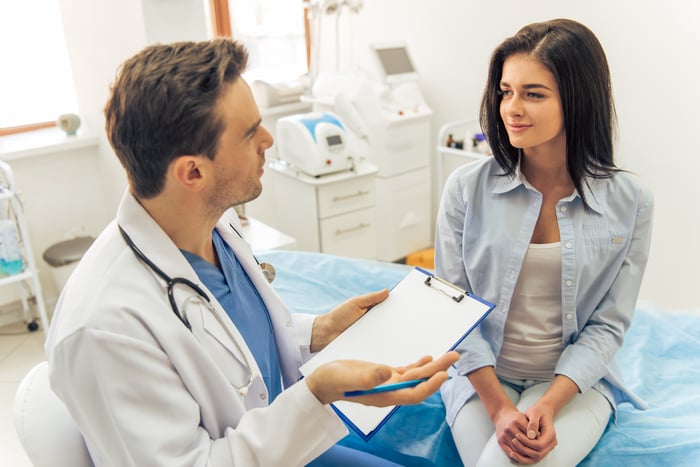 All told, more than 50% of workers not only feel stressed about their finances, but cite rising healthcare costs as a major contributing factor. If you're one of them, here are a few options that might help alleviate the burden.

A flexible spending account, or FSA, helps you lower your healthcare costs by allowing you to pay for them with pre-tax dollars. For the current tax year, you can put up to $2,600 in an FSA, and then use that money for qualified expenses like medications, in-office copays, and prescription eyewear.

The amount of money your FSA actually saves you will correlate to your effective tax rate, and the higher that number, the more you stand to save. For example, if you max out your FSA for the year, and your effective tax rate is 25%, you'll get a $650 tax break, which will help offset whatever rising costs you might otherwise encounter.

The only caveat with FSAs is that they operate on a use-it-or-lose-it basis. This means that if you stick $2,600 in your account but only rack up $2,000 in eligible expenses, you'll forgo the remaining $600.

HSAs (health savings accounts) work similarly to FSAs, only they come with different contribution limits and rules. To be eligible for an HSA, you must be enrolled in a high-deductible health plan with a minimum individual deductible of $1,300, or a minimum family deductible of $2,600. You also can't be enrolled in Medicare or claimed as a dependent on another person's tax return.

Like an FSA, the money you put into an HSA is pre-tax, and your actual savings will therefore depend on your effective tax rate. Similarly, the money in your account can only be used for qualified medical expenses. If you use your account to pay for a non-approved expense, you'll not only pay taxes on that amount, but also risk a 20% penalty in addition. Furthermore, you should know that health insurance premiums themselves don't count as eligible HSA expenses, so don't factor them in when deciding how much money to put into your account.

Unlike an FSA, however, you can invest the money in your HSA, and also carry over your balance from one tax year to another. This makes it an even more flexible option if you happen to qualify.

It's estimated that more than 25% of U.S. adults struggle to keep up with their healthcare costs. In fact, medical debt is the No. 1 source of personal bankruptcy filings in the country. If you're worried about rising healthcare costs, boosting your cash reserves can eliminate some of that stress while helping you avoid debt and other such unwanted consequences. Though the typical working American should have a minimum of three months' worth of living expenses tucked away in the bank, if you manage to surpass that threshold, you'll be in an even better position to withstand an uptick in medical bills, premiums costs, or whatever additional expenses might come your way.

No matter your age, there's really no getting around the cost of healthcare. Planning accordingly and using the tax-advantaged tools that are available to you will help absorb some of the financial shock that so many Americans inevitably face.