When we think about filing for Social Security, several key ages tend to jump out. Age 62, for example, is the earliest point at which workers are allowed to start taking benefits. Age 70, on the other hand, is the latest age you can wait on benefits and collect incentives for doing so. Then there's the period of 66 to 67, which constitutes full retirement age for those born in 1943 or later.

In fact, of all the ages at which one might decide to file for Social Security, 69 is by no means popular -- but it's an option nonetheless. The question is: Is it the best age for you? 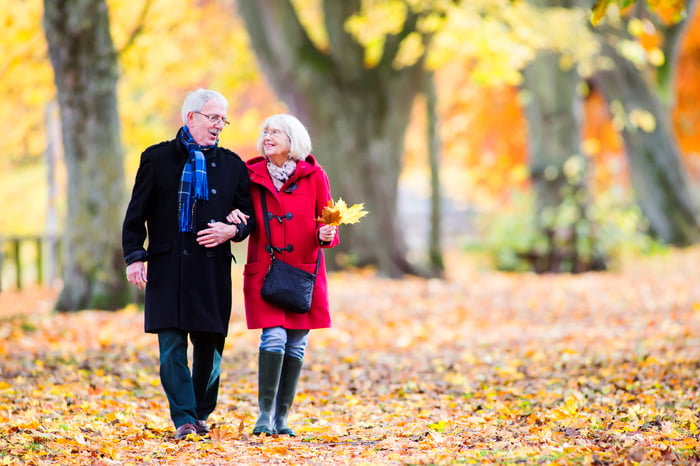 One argument in favor of filing for Social Security at 69 is that waiting that long will increase your benefits. For each year you hold off past full retirement age, you'll get an 8% boost that will remain in effect for the rest of your life. This means that, if your full retirement age is 66 and you decide to wait until 69, you'll grow your benefits by 24%. As long as you don't need the money, that's an easy, risk-free way to generate an impressive return on the cash you're entitled to.

Another reason to claim Social Security at 69 is if you don't have much in the way of retirement savings. At last count, the median savings amount among older workers aged 56 to 61 was just $17,000, which is by no means enough to live off -- especially when divvied up over what could easily be a 20-year retirement or longer. If your nest egg is lacking and you're counting on those benefits to pay the bills in your senior years, you'll need to do your part to boost them as much as possible.

Furthermore, because many people continue working until they claim Social Security, if you make the decision to wait until age 69 and extend your career a few extra years, you'll have an opportunity to not only save more money, but raise your benefits. Social Security benefits are calculated based on your top 35 years of earnings, but if you replace a few years of lower earnings with a higher salary -- since most people earn more at the end of their careers than at the beginning -- your payments will increase, in turn. If you like your job and it isn't impacting your health, then it might pay to keep at it a bit longer and file for Social Security later on.

Here's why you shouldn't claim Social Security at 69

Though filing for Social Security at 69 is a decision that can work out quite well, it's not always the right choice. In fact, it's a move that can very much work against you if your health is poor and you don't expect to live very long. Though waiting on Social Security will boost your benefits, you'll also have fewer payments to collect in your lifetime. And if you don't live long enough to capitalize on those higher payments, you'll end up losing out.

Here's an example. Say your full retirement age is 66, at which point you'd be eligible for $1,500 a month in benefits. If you wait until you turn 69 to file for Social Security, you'll increase each monthly payment to $1,860 -- but you'll collect 36 fewer payments. If you end up living until 81.5, you'll wind up with the same total Social Security payout in either scenario -- $279,000. But if you pass away even a couple of months before 81.5, you'll end up with less money, on the whole.

That's why you'll need to consider the state of your health when deciding when to claim your benefits. Though we can't predict the future, you can work with the knowledge you already have.

Another reason it doesn't pay to file for Social Security at 69 is if you need the money sooner. If you encounter an unplanned expense, or wind up being forced to retire earlier than expected, it makes more sense to take your benefits right away than rack up costly credit card debt to cover your costs. Putting it another way, you're better off forgoing an 8% boost in benefits than paying 20% interest on a comparable sum you were forced to borrow.

Though there are plenty of scenarios where it pays to claim Social Security at 69, there are also circumstances where doing so can backfire. The more thought you put into your decision, the greater your chances of coming out ahead.

Is 69 a Good Age to File for Social Security? @themotleyfool #stocks Next Article
Current