Many of us daydream about retiring early -- and then assume that we can't. It's true that if you're way behind in saving up for retirement, you may have to toil for longer than you'd like. But early retirement is more possible for many people than they think, and Social Security can be a big help toward that end.

Here's a look at why you might want to start collecting Social Security at age 62. 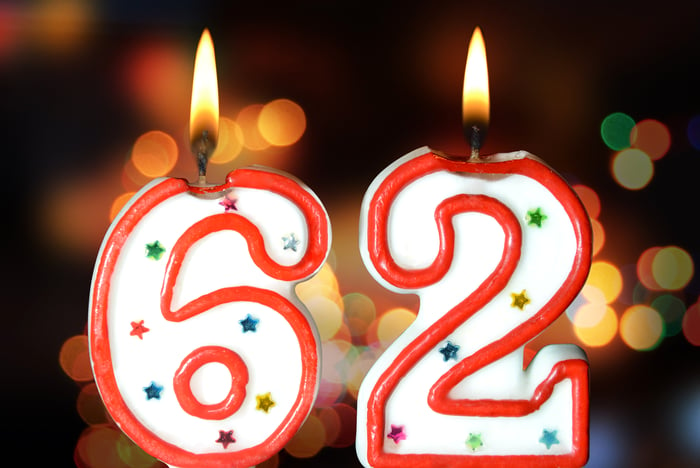 Regardless of your full retirement age, you're allowed to start receiving your Social Security retirement benefits early as age 62 or as late as age 70. Most people start collecting Social Security at age 62 -- and there are some compelling reasons why you should do the same.

You can make your checks bigger or smaller

The size of your ultimate Social Security checks is not written in stone. You can make them fatter or slimmer through timing. For every year beyond your full retirement age that you delay starting to collect your benefits (up to age 70), your benefits will increase in value by about 8%. Delay from 67 to 70, for example, and you can make your checks fully 24% bigger. If you would have started collecting about $2,000 per month ($24,000 per year) at 67, you can instead start with around $2,480 per month (or nearly $30,000 annually) at age 70.

That may seem like the obviously smartest thing to do, but it may not be. As the Social Security Administration has explained, "If you live to the average life expectancy for someone your age, you will receive about the same amount in lifetime benefits no matter whether you choose to start receiving benefits at age 62, full retirement age, age 70 or any age in between." In other words, for those with average life spans, it's a wash. After all, if you delay starting to collect from age 67 to 70, you will miss out on three years' worth of payments (albeit smaller ones) -- that's 36 payments.

Meanwhile, if you start collecting at 62, your benefits may be up to about 30% smaller. Don't let that sway you too much, though. Remember -- starting to collect at 62 instead of 70 will give you smaller checks, but you'll receive eight more years' worth of checks -- 96 more of them. 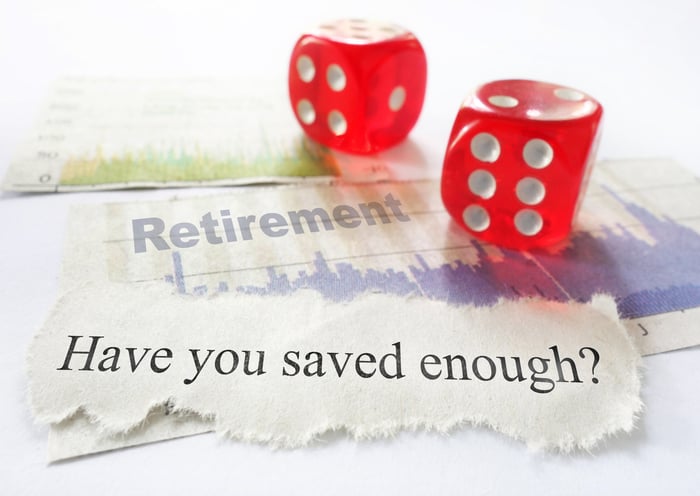 Can you afford to retire early?

While it's great to start collecting benefits early, will they be enough to sustain you? It depends on how much money you'll need in retirement. Social Security income is critical to most retirees, but it's not enough for most folks. The average monthly retirement benefit was recently $1,408, which amounts to $16,896 per year. If your earnings have been above average, you'll collect more than that -- up to the maximum monthly Social Security benefit for those retiring at their full retirement age, which was recently $2,788. (That's about $33,500 for the whole year.)

You can use the imperfect but still-helpful 4% rule to help you roughly estimate how much income you might get from your nest egg -- the various retirement accounts you have. The rule suggests that you can withdraw 4% of your nest egg in your first year of retirement, adjusting future withdrawals for inflation, in order to make your money last through retirement. (It assumes a portfolio that's 60% in stocks and 40% in bonds, and it's designed to make your money last through 30 years.) The table below will give you a rough idea of how much you might withdraw in your first year of retirement from nest eggs of various sizes:

Note that you might take out smaller withdrawals to play it safer, and you might have some of your nest egg in solid dividend-paying stocks that pay you a certain percentage without requiring the selling of any shares. If you have, say, $400,000 invested in stocks with an average overall dividend yield of 3%, you're looking at $12,000 in dividend income for the year -- $1,000 per month.

If your nest egg isn't as flush as it should be, you may be able to fatten it up by turbocharging your saving and investing over the next few years. Here's the kind of additional money you might generate:

Why you might want to -- or have to -- retire early

Since few of us have much of an idea of how long we'll live, it's well worth considering retiring early if you can in order to enjoy as many work-free years as possible. Many people don't even really get to decide just when to retire -- fate decides for them. The 2017 Retirement Confidence Survey found that 48% of retirees left the workforce earlier than planned, with 41% citing health problems or a disability as the reason and 26% citing changes at work such as a downsizing or workplace closure.

Better still, the younger you are when you retire, the more active you can be in retirement, at least in the first bunch of years. If you want to play a lot of tennis or want to take up ballroom dancing lessons or plant a big garden or trek up to Machu Picchu, it will be much easier to do when you're 65 than when you're 75. Early retirees often can enjoy their retirement more, being younger, healthier, and more able to be active, travel, and so on.

Don't jump into an early retirement without being sure you can afford it -- and don't forget to factor in healthcare costs, either, as they can be hefty. But if you can swing it, give early retirement some serious consideration. Social Security lets you start collecting monthly checks at age 62, and that's just what you might want to do.