Taking time off during your career to raise children could bring down your Social Security payments. But it doesn't have to. Here's how to fight back.

Countless seniors rely on Social Security to help cover their living expenses in retirement, and the more you earn during your working years, the higher your benefit payout is likely to be in the future. It's therefore troubling to learn that mothers in particular are at a severe disadvantage when it comes to those very benefits.

According to a new report by Boston College's Center for Retirement Research, mothers with one child accumulate lifetime earnings that are 28% lower than those of non-mothers. This translates into 16% less in Social Security income for mothers at age 62. Furthermore, each additional child a woman has reduces those benefits by another 2%. 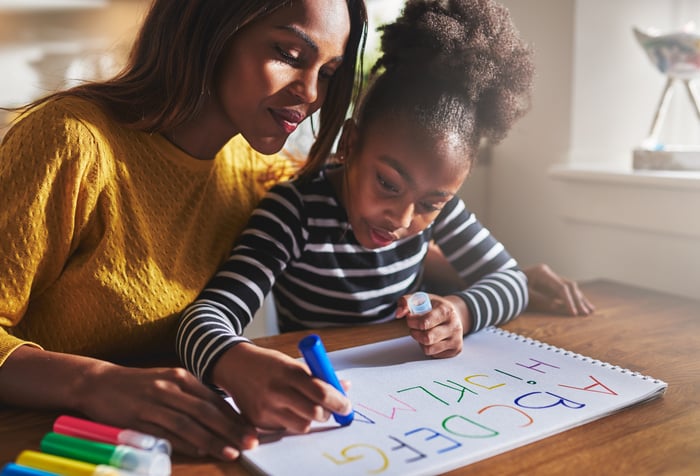 Now, on the one hand, all of this completely makes sense. Mothers tend to earn less in their lifetime than non-mothers because they're more apt to take time away from the workforce to raise children. And let's not forget about the general wage gap that exists between women and men, with females typically earning roughly $0.77 to $0.83 for every dollar earned by males.

Still, this data doesn't paint a pretty picture for moms, especially since females are statistically likely to live longer than males and thus need more income from Social Security, not less. That's why it's crucial for women -- mothers in particular -- to act strategically during their careers to eke out as much money in benefits as possible.

Even if you're a working mom starting out at a disadvantage, the good news is that there are several steps you can take to boost your Social Security benefits and buy yourself some added financial security in retirement. For one thing, you can work longer to replace years without earnings.

Your Social Security benefits are calculated based on your 35 highest working years, so if you weren't employed for that many (say, because you stayed home full-time to raise children), you'll get a big fat $0 factored into each year without an income. That, in turn, can drive down your benefit amount. On the other hand, if you extend your career a few years and replace some of those $0 years with an actual income, you'll raise your benefits. It's estimated that for every dollar you earn late in your career, you could increase your Social Security benefits at full retirement age by anywhere from $0.15 to $0.90, so it pays to push yourself to work longer than planned.

Another way to increase your benefits is to fight for raises during your career. Again, because your benefits are tied directly to your earnings record, the more you make on the job, the more you'll be eligible for Social Security-wise. And while asking for more money can be an uncomfortable conversation to have, if you go in with supporting data proving you're worth more than what you're being paid, your boss will have a harder time saying no.

Finally, think about delaying Social Security past full retirement age. For every year you hold off up until age 70, you'll get an automatic 8% boost in benefits -- and that increase will remain in effect for the rest of your life.

As a woman, you're likely to come to rely on Social Security once you're no longer working, so do what it takes to make those payments as generous as possible. You shouldn't have to suffer financially in retirement just because you chose to have children, so work on changing your fate and collecting the benefits you ultimately deserve.