Millions of seniors rely on Social Security to pay the bills in retirement -- and women are no exception. Because women tend to live longer than men, it's especially crucial for females to claim benefits strategically, since they're likely to collect them for longer. Unfortunately, the majority of women receiving benefits have actually done the opposite.

An estimated 74% of women currently collecting Social Security took their benefits early, according to a new Nationwide survey. As such, those same women have destined themselves to a lifetime of lower benefits. And that could spell trouble in the long run. 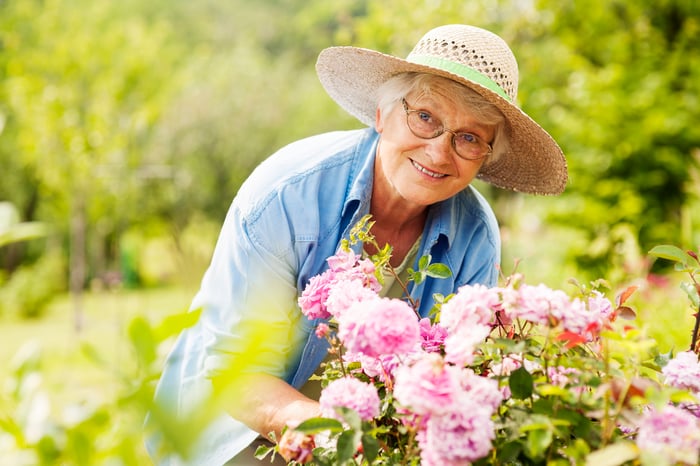 The dangers of filing for Social Security early

Before we talk about why it's problematic to file for Social Security ahead of schedule, we need to define what that even means. Your Social Security benefits themselves are calculated based on how much you earned during your career. That said, the age at which you initially file for benefits can cause that number to go up, go down, or stay the same.

If you file for benefits before full retirement age, however, it's considered filing early, and that's when penalties start to kick in. Though you can sign up for Social Security as early as age 62, doing so will shrink your benefits by 6.67% per year for the first three years you file early, and 5% a year thereafter. This means that if your full retirement age is 67, and you opt to take benefits as early as possible, you'll reduce them by 30% -- for life.

Incidentally, 62 happens to be the most popular age to file for benefits among men and women. By contrast, just 2% of men and 4% of women claim benefits at 70, which is the latest age to accrue delayed retirement credits that boost your benefits by 8% per year. That's right -- if you hold off on benefits past full retirement age, you'll be rewarded in the form of an automatic increase in your payments. And if you're counting heavily on those benefits to pay the bills when you're older, that's not money you can afford to be giving up.

Now, consider this: 62% of women expect Social Security to serve as their primary source of retirement income, while 18% think those benefits will provide upward of 90% of their senior income. It therefore stands to reason that filing early is not the best idea for anyone with limited savings.

When it pays to file early

That said, there are certain scenarios in which taking benefits early isn't such a terrible idea. If you've saved well for retirement and don't need that extra income, but rather want the money to enjoy the early stages of your golden years to the fullest, then you might as well collect what's rightfully yours. Similarly, if you're laid off from your job and are desperate for money in your early 60s, then you're better off claiming Social Security than racking up costly credit card debt just to keep up with your bills.

Here's one more situation where filing early makes sense. If your health is poor, and you don't expect to live a long life, you'll generally get more out of Social Security by filing ahead of full retirement age rather than waiting. But unless you have a strong reason to suspect you won't live an average life expectancy, it pays to hold off until full retirement age or later.

If there's one advantage women seem to have over men, it's their tendency to live longer. But that longevity can be both a blessing and curse, since the longer you live, the more money you'll need. And that's why it's so important to make the most of Social Security. Once you claim them, those benefits will be there for you for the rest of your life, so unless you have a compelling reason to file early, you're much better off sitting tight and maximizing those payments.