When you think of double taxation, you might think of dividends. After all, they're paid to you out of the funds that remain after a company has been taxed on its earnings -- and then they typically become taxable income for you. You might also be subject to another kind of double taxation, though -- taxation of your Social Security benefits.

Social Security benefits paid to you are not necessarily taxable, but they can be subject to federal tax if they exceed a certain level. On top of that, a bunch of states tax that income, too. Here's a look at federal taxation of benefits, along with the states that do and don't tax Social Security. 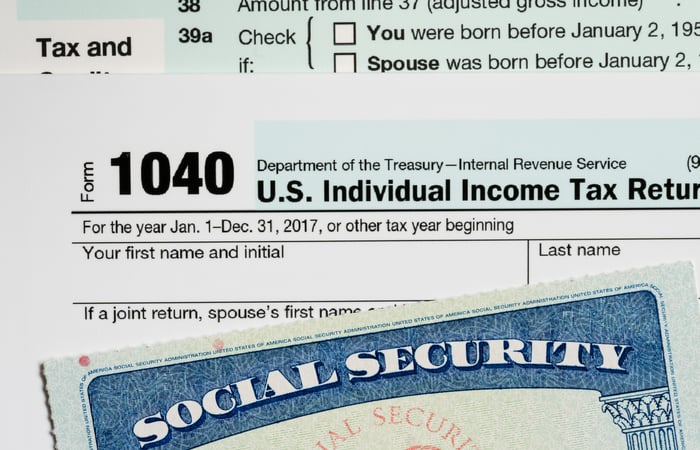 An easy way to see which 37 states don't tax Social Security benefits is to look at a much shorter list -- the 13 states that do:

Just to be clear, below are the 37 states that don't currently tax benefits (note that Washington, D.C., doesn't either):

It's important to know whether your state taxes Social Security income, but even if it does, your benefits may still avoid taxation. Each state has its own rules, and many will only tax benefits if your income exceeds a certain level or if you meet some other criteria.

Also, don't let this kind of taxation be too much of a mark against a state's taxation policy because it's only one of many possible taxes any state's residents face. Some states with no Social Security taxation can still be tax heavy, charging a lot in property taxes, sales taxes, or income taxes, or a combination of those. Always look at the big picture. For example, Maryland, Indiana, and Wisconsin are all on the list of states that do not tax Social Security benefits, but they are also on Kiplinger's 2017 list of the 10 Least Tax-Friendly States for Retirees because of other taxes. Kiplinger's also designates Colorado and West Virginia as tax friendly, despite their willingness to tax Social Security benefits.

If you live in a state that taxes Social Security benefits, what can you do to avoid having them taxed? Well, one strategy is to keep your income at a relatively low level. That can be hard to do -- or hard to live with -- so you might try to be even more strategic about it. For example, if much of your retirement savings is held in a Roth IRA or a Roth 401(k), withdrawals from those accounts are not taxable. That means they can augment your Social Security income without increasing your exposure to taxes. Withdrawals from your savings accounts can also bypass the tax man.

When thinking about and planning for your taxes, always keep the big picture in mind -- and remember that some strategizing may be able to reduce your tax bill.