It's estimated that over 44 million Americans are plagued with student debt, and collectively, former students owe a whopping $1.48 trillion. But new data tells us that women are far more likely to have trouble keeping up with that debt than men. An estimated 28% of women claim that their current student debt is "not at all manageable," compared with just 13% of men. In addition, while 48% of women regret taking on that debt in the first place, only 40% of men feel similarly.

Now on one hand, this data isn't shocking. Because women typically earn considerably less than their similarly qualified male counterparts, they're likely to have a harder time keeping up with their payments. What's surprising, however, is that Student Loan Hero, which conducted the study, found that women carry less debt on average than men. 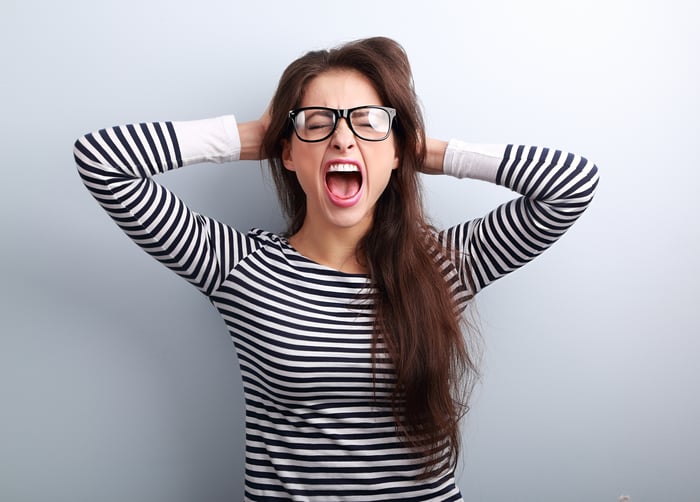 But regardless of how much women owe as opposed to men, the fact is that their student debt is hurting them disproportionately. And it's time to put an end to that cycle.

Climbing out from that mountain of debt

If your student loans are causing you mounds of financial stress, you should know that there are steps you can take to minimize that damage. This especially holds true if you took out federal loans, which are more flexible than private ones. If you owe money on a federal loan, see if you qualify for an income-based repayment plan, where rather than pay a set amount each month based on the sum of your loan, you pay based on your earnings. If times are really tough -- say you've lost your job or had to cut back on your hours -- you can look into forbearance, which might allow you to reduce or suspend your monthly payments temporarily. Now if you borrowed for college from private lenders, you might have fewer options, but it still pays to look into refinancing, where you exchange your current loan for a new one at what's ideally a lower rate.

But while seeking out better terms for your existing loans is a good way to ease the burden, you can actually attack this problem from a second angle, and it involves taking steps to boost your income. Think about it: The more money you make, the more manageable your existing monthly payments become.

Where will that additional cash stem from? You might consider a side hustle on top of your regular job. This way, any extra cash you take in can go immediately toward your loan balance, since it's not money you're counting on to pay your current living expenses.

Another option? Fight for a raise at work. If you can prove you're being underpaid based on your job title and qualifications, and have a history of solid performance, your company might be willing to throw a little more money your way. In fact, job site Glassdoor has a helpful "Know Your Worth" tool that lets you compare salary data by industry and geographic region. Plug in some details and see how your compensation compares. If it turns out you're statistically being shortchanged, take that information to your boss and ask your company to reconsider your current wages.

Though you can't go back in time and un-borrow the money you used to finance your education, you can take steps to make the aftermath less stressful. Look into your repayment options, see about refinancing, get a side gig, and fight for more money at your full-time job. Your student debt shouldn't end up ruining your adult life, and if you're strategic about paying it back, it won't have to.