Countless older workers are already counting down the days until they retire. Unfortunately, a large number of baby boomers will inevitably be forced to postpone retirement, or face the possibility of never getting to retire at all. Here are a few reasons why.

1. They don't have enough savings 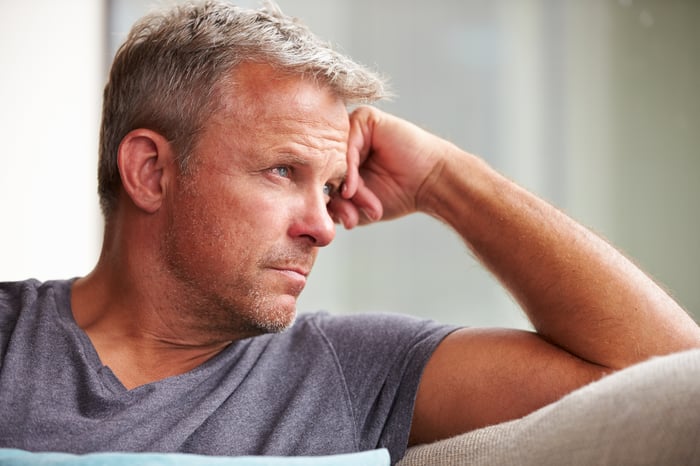 But that $163,577 also won't cut it when we apply a 4% annual withdrawal rate, which has long been the standard. That translates into just $6,543 of income per year. Even when we factor in Social Security, which currently pays the average beneficiary close to $17,000 a year, that's still less than $2,000 a month in income. Seeing as how the average senior spends $46,000 a year at present, according to the Bureau of Labor Statistics, that doesn't paint a very comforting picture.

2. They have too much debt

Americans certainly aren't strangers to debt, and baby boomers are no exception. Last year, 55- to 64-year-olds held an average of $8,158 in credit card debt, and it's estimated that 30% of seniors 65 and over continue to be saddled with mortgage debt. The problem, of course, is that being on the hook for debt payments means having less money each month to cover living expenses. And given boomers' general low level of savings, it certainly puts their retirement at risk.

3. They're underestimating their healthcare needs

As mentioned above, the average household aged 56 to 61 has $163,577 saved for retirement. But that's not enough to cover healthcare for even one person during retirement. According to HealthView Services, a cost projection software provider, the average 65-year-old man today who lives an average lifespan will spend $189,687 on medical care in retirement, and that number climbs to $214,565 for the average 65-year-old woman. (If you're wondering about the discrepancy, it's because women tend to live longer than men.) Either way, a personal nest egg of $163,577 clearly won't cut it, even with Social Security factored into the mix.

Oh, and another thing: These figures don't even account for long-term care, which is another astronomical cost retirees can face. It's estimated that 70% of seniors 65 and over will need long-term care in their lifetime, but without insurance, most are in no position to pay for it.

If your retirement is looking iffy right about now, there are a few things you can do to improve your personal financial picture. For one thing, ramp up your savings rate immediately. Workers 50 and over can contribute up to $24,500 annually to a 401(k), and $6,500 annually to an IRA. Max out the former for 10 years, and you'll wind up with an additional $323,000 to work with in retirement, assuming your investments generate a somewhat conservative 6% average annual return during that time.

Next, work on paying down debt while you're still employed to avoid having those payments hang over your head in retirement. If you're still carrying a mortgage, try making half of your monthly payment every two weeks. This will result in an extra payment each year, which might be enough to help you knock out that debt sooner. Meanwhile, review your budget and make changes that allow you to pay off your existing credit card debt. Cutting a few expenses here and there could eventually free you of that burden.

Finally, read up on healthcare costs in retirement and research ways to lower them. You might also consider long-term care insurance, which can help defray the costs you might incur later on. Just be aware that those premiums tend to be pricey, and the older you are, the less likely you'll be to snag a health-based discount.

Though a large percentage of baby boomers today are in pretty bad shape from a retirement standpoint, all is certainly not lost. If you commit to ramping up your savings efforts, eliminating debt, and approaching healthcare strategically, you stand a better chance of retiring on schedule and enjoying a reasonable quality of life once you do.