The tax filing season tends to produce a familiar pattern for the majority of workers: Submit a return and wait to collect a refund. But that's not necessarily how things will roll this time around. In fact, you might actually end up owing the IRS money, even if you've historically gotten money back during tax time.

The 2018 tax overhaul resulted in numerous changes to the tax code, and those included a lowering of virtually all individual tax brackets to put more money into working Americans' pockets. To accommodate those changes, the IRS released new withholding tables early last year that dictated how much tax employers held back from their workers' earnings. As a result, many workers received more money in their paychecks month after month. If you were one of them, it could be that the extra money you'd typically receive in a refund was, in fact, paid to you already -- which means you won't be getting a windfall from the IRS in April. 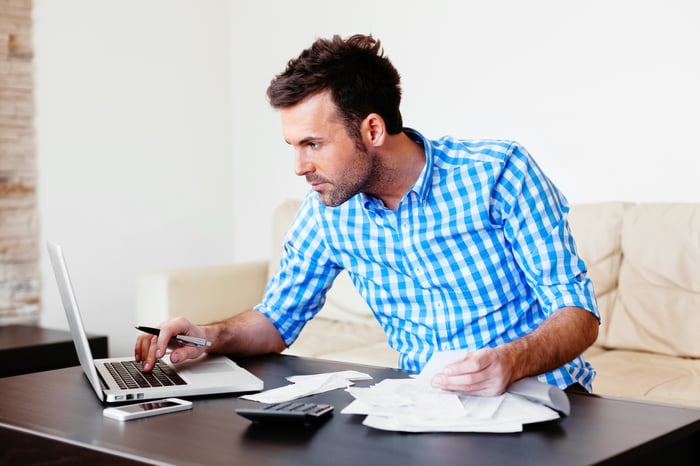 Furthermore, if you saw a substantial increase in your take-home pay, you might, under some circumstances, land in a situation where you end up owing the IRS money, even if you've historically gotten a sizable refund. For example, if you made a lot of money on investments or earned a chunk of interest in a certificate of deposit, that's income you probably didn't pay taxes on already -- which means that you might owe it to the IRS soon enough.

That's why this year, it's more important than ever to start working on your tax return well ahead of the April 15 filing deadline. If it turns out you do owe taxes, you'll have more time to come up with that money and avoid penalties.

Remember, just as you want your refund processed as quickly as possible, the IRS doesn't like to be kept waiting when it comes to getting its money back. If you don't pay your tax bill by the filing deadline, you'll face a late payment penalty equal to 0.5% per month, or partial month, that your debt remains unpaid, up to a total of 25%. Considering 40% of Americans don't have enough cash on hand to cover a $400 emergency, that's bad news for those folks who might end up on the hook tax-wise.

On the other hand, if you complete your return by mid-February and discover that you owe the IRS money, you'll have some time to scrounge it up. You might take on extra shifts at work, get a side gig, sell some belongings you can live without, or cut back on discretionary spending to make up that difference.

Many tax filers will indeed see money back from the IRS this year once they file their returns. But to be on the safe side, don't count on that happening. Instead, get moving on your upcoming return. Once you complete it, you'll see whether there's a refund coming your way, or whether you're on the hook for an unwanted tax bill.