Approximately one-third of baby boomers say they expect not to retire until age 70 or later -- or maybe never to retire at all -- according to a report from the Insured Retirement Institute.

If you're itching to retire as early as you can, that's a bleak statistic. However, it's still possible to retire early. If you're dreaming of being able to spend your 50s relaxing and enjoying an early retirement, that's an achievable goal -- if you follow the right strategy. 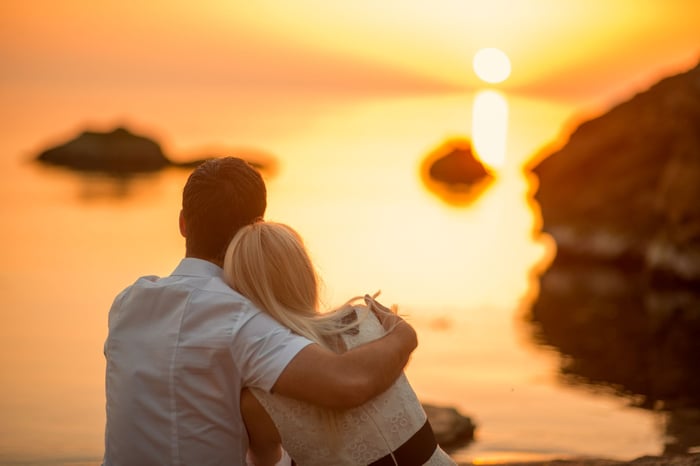 What it takes to retire by age 50

Retiring early comes with two major challenges. First, you'll need to save more than if you retire later in life, because you'll be spending more years in retirement. And second, you'll have less time to save all that money before you retire. That means you need to supercharge your savings early in life; if you're off to a late start, you'll likely need to make some serious financial sacrifices to catch up.

Considering the average worker has a less-than-stellar retirement fund -- the average baby boomer has just $152,000 in savings, reports the Transamerica Center for Retirement Studies -- that makes early retirement a lofty (and in some cases, unreachable) goal.

However, it is possible to retire by age 50. If you've got your mind set on achieving this goal, here's what you'll need to do.

1. Figure out how much you need to save

There's no straightforward answer as to how much you should save by retirement age, because everyone's situation will be different. But you can best estimate this number by doing your homework.

First, think about how much you expect to spend each year once you retire, as well as how many years you estimate you'll live in retirement. You don't need to come up with 100% accurate numbers here, but do your best. The more accurate your guesses are, the better off you'll be in retirement.

Next, factor in any other sources of income you'll have in retirement, like Social Security benefits or a pension. Keep in mind that you can't begin claiming Social Security benefits until you're at least 62 years old, so if you plan to retire at age 50, you'll need to be able to live without those monthly checks for quite a while. You can get an estimate of what you can expect to receive in benefits by creating a "mySocialSecurity" account online, but it's important to note that the actual amount you'll receive will depend on what age you claim it. You'll only receive the full amount you're entitled to if you claim at your full retirement age, which is 67 for people born in 1960 or later. If you claim before that, your monthly checks will be reduced.

With all this information in mind, run your numbers through a retirement calculator to get an idea of how much you should strive to save by the time you retire -- as well as what you should be saving each month to reach that goal. Depending on your current age and your overall savings goal, you may need to set aside a hefty amount each month. This is where the financial sacrifices come into the picture.

2. Decide how much you're willing to sacrifice

The earlier you start saving, the less you'll need to save each month to accumulate a healthy nest egg by retirement age. So the longer you wait to begin stashing money away, the more challenging it will be to reach your goal.

Say, for instance, you want to retire at age 50 with $1 million in savings -- a reasonable goal, considering that your money may need to last 30 or 40 years. If you'd started saving at age 25, you'd need to sock away roughly $1,400 per month to reach that goal, assuming you're earning a healthy 7% annual rate of return on your investments. That's a lot of money, but if you'd waited until you were 40 years old to begin saving, you'd need to save a whopping $6,000 per month, all other factors remaining the same. For most people, that's downright impossible.

In that case, you'll need to think about your priorities and decide where you're willing to make sacrifices. If you're determined to retire by age 50, you may need to slash your budget down to the bare bones to find enough cash to put toward your 401(k) or IRA. That won't be easy, but if early retirement is a lifelong goal of yours, those sacrifices might be worth it.

Another option is to consider working a few years longer, or think about picking up a part-time job in retirement. Although working longer than you anticipated may not be ideal, it's likely better than the alternatives: either pinching pennies now to save as much as possible, or retiring early only to run out of money a few years down the road. Once you establish your priorities, you can figure out the best approach to saving for retirement.

Retiring by age 50 isn't easy, but it's doable -- if you're willing to work hard and make sacrifices. The earlier you create a strategy and start saving, the easier it will be to save enough to retire comfortably. And if you're able to achieve early retirement, it can provide some of the best years of your life.