Millions of Americans are struggling financially as the COVID-19 outbreak continues to rip the U.S. economy apart. Small businesses are suffering in particular, with many having to lay off employees in conjunction with shutting down.

But what if you haven't fallen victim to a layoff amid the craziness? What if you're able to do your job from home, or you're an essential employee who's still reporting to work during this time of crisis? Is it smart to put money into your 401(k) or IRA? Or should you earmark every penny you have for emergency savings?

It pays to stay the course

It's scary to think about the prospect of losing your job at a time like this. And to be clear, if that does indeed happen, you may be eligible for unemployment benefits, but generally, those won't come close to replacing your entire paycheck. In many cases, they'll replace less than half. As such, it really does pay to have a fully loaded emergency fund as the country continues to operate in crisis mode. 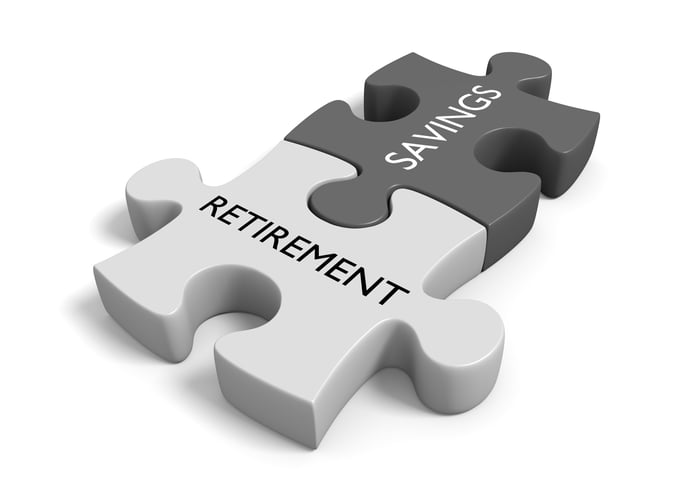 What does that mean? Under normal circumstances, an emergency fund with enough money to cover three to six months' worth of bills is enough. But given what's happening today, you'd be wise to aim for the top end of that range and sock away a solid six months of living expenses, so if you don't have that in the bank, stop funding your 401(k) or IRA for the time being until you do. But if you already have that level of savings, then there's no reason not to continue funding your retirement plan at the same level you've been saving at, if not more so.

In fact, as long as you're good on emergency cash reserves, now's actually a good time to boost your retirement savings rate if possible -- since the stock market is down, you have an opportunity to load up on quality investments on the cheap. And since Americans are by and large being asked to stay home, it's conceivable that if your paycheck has held steady, and you expect things to stay that way, you'll be able to save more in your 401(k) or IRA in the near term by taking the money you'd normally spend on entertainment outside the home and instead earmarking it for retirement.

Of course, if you have six months' worth of living expenses in the bank but feel you need more to be able to sleep at night, then that's also a good reason to put your 401(k) or IRA contributions on pause for the time being. As responsible as it is to stay focused on your long-term financial needs, you should ultimately be putting your short-term financial needs first.

But otherwise, don't shy away from retirement savings because of the greater crisis at hand. When it comes to building wealth for your senior years, the greatest weapon you have in your arsenal is time, so putting in a few extra thousand dollars this year could leave you tens of thousands of dollars richer in the future. And while you may not care right now what your ultimate retirement savings balance looks like, especially when your life has been turned upside down, there will come a point when you do care, so if you're able to stay the course, you'll be grateful for it later on.