The COVID-19 crisis has had an ugly economic impact since cases first started exploding in March. In the weeks since, millions of Americans have lost their jobs, while others have seen their income take a hit as businesses buckle down and look to lower expenses. And let's not forget retirement plans -- Fidelity reports that the average 401(k) is down $20,900 compared to the close of 2019, while the average IRA is down $16,500.

But it's not just that retirement plan values have dropped during the pandemic; it's that workers are also rethinking their plans to keep funding them. An estimated 55% of Americans plan to make change to their retirement contributions, reported Mass Mutual in April, and of those, 54% intend to contribute less. Given the number of people who are struggling financially, that's not surprising. But should you cut back on funding your IRA or 401(k) as the COVID-19 crisis plays out? Or should you stay the course despite the economic uncertainly that abounds? 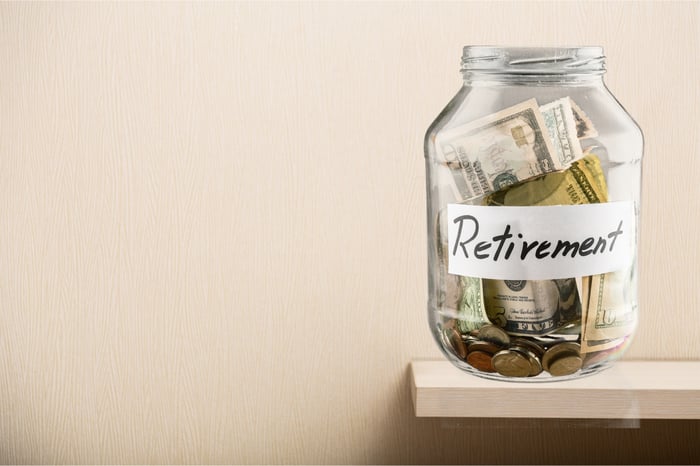 If you've managed to retain your usual paycheck throughout the pandemic, then you may, in theory, be in a good position to keep funding your retirement plan, or even increase your contributions. Some people are actually spending less money now than usual. With stay-at-home orders in place, many Americans aren't paying to fuel their vehicles or go to restaurants. Some are also getting a temporary break on child care costs, what with many centers being closed (of course, those same people may be struggling to manage working from home with caring for children, but at least the cost savings may be there). As such, you may be able to keep putting money into your IRA or 401(k).

But before you do, ask yourself these two important questions:

If you're confident in your emergency fund and aren't particularly worried about your job, then it pays to put as much money as you can into your retirement plan. But if your emergency fund isn't complete, or you have decent cash reserves but are concerned about your job and therefore want more, focus on building your near-term savings first. Though right now is actually a good time to load up on discounted investments in your IRA or 401(k), you shouldn't fund your retirement plan at the expense of your near-term needs. You're better off making sure you're covered for the next year and change, and then socking money away for an important yet potentially far-off milestone like retirement.

Americans Are Cutting Back on Retirement Plan Contributions During COVID-19. Should You Do the Same? @themotleyfool #stocks Next Article
Current