Millions of seniors collect Social Security, but some look to those benefits as a major or even sole source of retirement income. And when those benefits don't go up from year to year, it's these very seniors who risk struggling financially.

Unfortunately, there's already talk that there won't be a cost-of-living adjustment, or COLA, for Social Security in 2021, due to sluggish consumer spending that's lowered the cost of common goods and services. And while there's technically still time to salvage a Social Security raise for next year, a surge in COVID-19 cases, like the one that's happening now, could ruin seniors' chances of getting more money in 2021.

The link between consumer spending and Social Security COLAs

Social Security COLAs are determined based on third-quarter data from the Consumer Price Index for Urban Wage Earners and Clerical Workers (CPI-W). When the index shows an uptick in the cost of common goods and services, seniors on Social Security get a raise, the extent of which varies based on how the CPI-W moves.

CPI-W data from the first half of 2020 isn't pointing to a Social Security raise (despite an increase in food costs, the general cost of goods and services has declined). But it's really the next three months that matter, since COLAs are based on third-quarter CPI-W data. 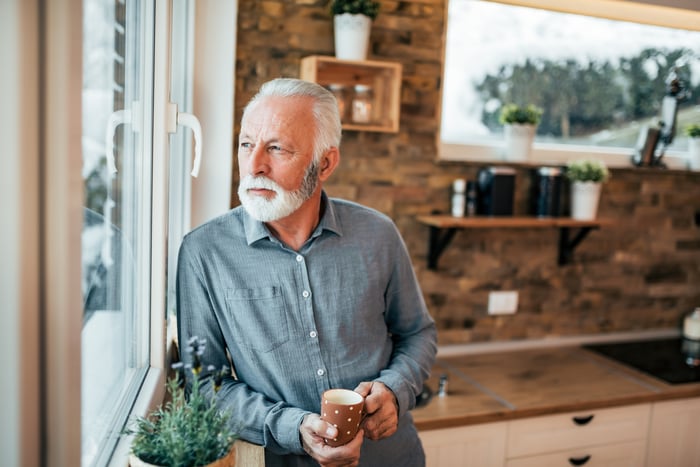 On the one hand, that's a good thing this year. Earlier on, when the country was in lockdown mode, many businesses were forced to close, and a lot of people were too scared to leave their homes. Fears of layoffs may have also led to a decline in spending.

But in recent weeks, the country has opened back up. Businesses that were shuttered in April and May are now welcoming customers, albeit at limited capacity, while the availability of masks has made it easier for people to feel comfortable being out and about in public. All of this opens the door to higher consumer demand and higher prices, which is good for COLAs.

Still, we can't get too excited about the idea of a Social Security raise for one big reason: The COVID-19 problem has seemingly gotten a lot worse over the past few weeks. Most states are seeing an uptick in cases, and in some states, hospitalization rates are climbing, as well. As such, a number of states are hitting pause on their reopening plans, while some are imposing deeper restrictions in an attempt to better control the outbreak. And given the way cases are trending, we can't rule out the possibility of a follow-up lockdown that would not only severely impact Americans' ability to lead their lives, but also lead to business closures, layoffs, and a host of daunting economic repercussions.

The takeaway? If COVID-19 cases continue their recent trend, consumer spending is likely to decline for one reason or another in the coming months, whether it's people getting scared to leave the house again, people being too financially fragile and worried to spend, or businesses not being able to serve customers the way they normally would. And when consumer spending declines, there's less demand, which means the cost of goods and services goes down.

If things play out this way in July, August, and September, it could eliminate any chance seniors have of getting a Social Security raise in 2021.

Seniors should prepare for bad news

Though it's too soon to tell what consumer spending will look like in the next three months, it is clear that an absent Social Security raise will constitute very bad news for seniors, especially in light of the fact that many who might normally collect some income from a job may be unable to work at present, whether due to layoffs or health concerns. For now, seniors should brace for the fact that their Social Security income may hold steady going into 2021 and tweak their budgets accordingly.

The good news -- if we want to call it that -- is that if the COVID-19 situation worsens, seniors may effectively be forced to save some money this year by not having restaurants to dine in and shops to frequent. As such, it may be the case that some beneficiaries compensate for an absent Social Security raise in advance. Others, meanwhile, may have to make some difficult choices in 2021.

Either way, it's fair to say that seniors will be keeping their eyes peeled for a COLA -- or no COLA -- announcement this October.