The COVID-19 crisis has taken an unprecedented toll on the U.S. economy, and it's causing a lot of people to rethink some of their financial decisions. In fact, nearly 68 million Americans say that the pandemic is making them reconsider the timing of their retirement, according to a new Edward Jones and Age Wave study.

Specifically, 29% of Americans say they'll retire later than initially planned, citing a need for more income as a main driver. And those who now intend to delay retirement will put off that milestone by 3.3 years on average.

On the other hand, 10% of people now say they'll retire earlier. The question is: Should you change your retirement plans in light of the pandemic? 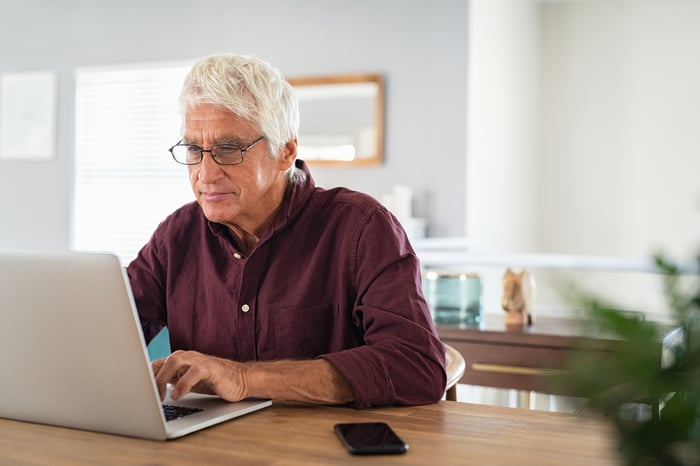 The case for retiring earlier

Many people have been forced out of a job by the COVID-19 pandemic. If the same thing has happened to you and you were already on the cusp of retirement, you might consider ending your career earlier than initially planned. That way, you won't have to deal with the stress of finding a new job.

But this isn't a decision to take lightly. Retiring early means having less opportunity to boost your savings, and it also means needing to withdraw from your existing savings sooner, so before you call it quits on the work front, make sure you have a strong enough nest egg to support that decision. If you don't, you may want to consider riding out your current period of unemployment and trying to get back into the workforce once the COVID-19 situation improves.

Retiring earlier could also mean collecting less money from Social Security if you claim your benefits before reaching full retirement age. Granted, you may not need to do that if you have a lot of savings, but it's another drawback to keep in mind as you contemplate your decision.

The case for delaying retirement

If your income has gone down in the course of the COVID-19 outbreak, or you've lost your job, you may want to delay your retirement to compensate for that hit. Working longer will not only allow you to add to your savings, but also, stretch your existing nest egg. And, you may get the option to delay your Social Security benefits by going this route. That's helpful, because for each year you hold off on taking benefits past full retirement age, they increase 8% a year, up until age 70, and that boost then remains in effect for the rest of your life.

But retiring later isn't always an option. People get forced into retirement all the time, so if you plan to work longer, be strategic about it. Think about the ways you can continue to add value at your job so you're more likely to keep it. And also, think about ways you might generate a backup income stream that allows you to keep working in case your main job does go away.

What's the right move for you?

Some people may find themselves forced to retire early during the COVID-19 crisis. Others may feel compelled to work longer to compensate for lost savings or income. These aren't easy decisions to make, so take your time working through them. And also, if you're not particularly close to retirement age, allow for the fact that your initial decision might change once the pandemic is well behind us -- which is perfectly OK.