Please ensure Javascript is enabled for purposes of website accessibility
Log In Help Join The Motley Fool
Free Article Join Over 1 Million Premium Members And Get More In-Depth Stock Guidance and Research
By Maurie Backman - Aug 17, 2020 at 11:58AM

Despite shrinking your benefits, it could really pay to sign up for Social Security as early as possible.

Deciding when to sign up for Social Security is tough. File too early, and you'll shrink your benefits for life. File later on, and you'll collect a higher monthly benefit, but you may not live a long enough life to make that worthwhile.

You're entitled to your full monthly benefit based on your earnings history once you reach what's known as full retirement age (FRA). That age is either 66, 67, or 66 and a specific number of months, depending on the year you were born.

Meanwhile, the earliest age to sign up for Social Security is 62, and it's also the most commonly chosen age. Filing at 62 will reduce your monthly benefit by anywhere from 25% to 30%, depending on your FRA, so it's not a decision to be taken lightly. But if you land on that choice, there's a good chance you'll wind up pleased with it. Here's why. 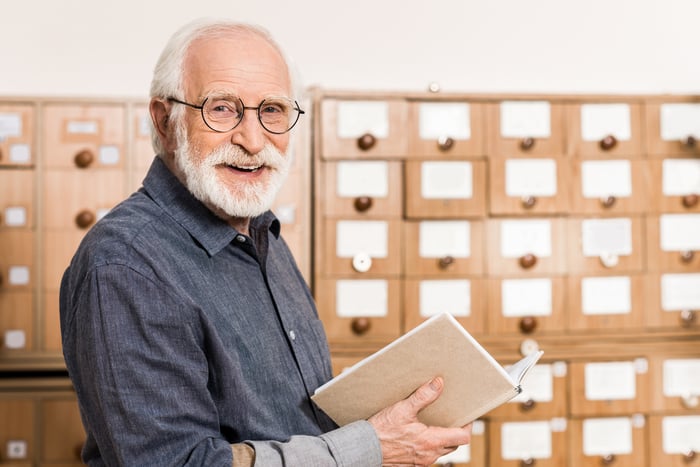 Social Security is technically designed to pay you the same lifetime total regardless of when you sign up for benefits. Signing up at 62 will give you a lower benefit each month, but you'll also start getting that benefit sooner than you would by waiting until FRA. It still pays to begin collecting benefits at 62 for one big reason: You just don't know what life has in store for you.

Think about it: You could start off retirement perfectly healthy, only to fall ill early on and pass away at a young age. In that scenario, losing out on that income earlier in life could mean getting less money from Social Security in your lifetime, and also, missing out on the chance to do the things you've always wanted, like travel. That's why it pays to start getting your benefits as soon as you're allowed -- that way, you know you'll at least get to enjoy that extra income for a period of time.

2. You'll get to use that money to meet your retirement goals

It's perfectly possible to spend the latter part of your retirement traveling, golfing, or doing the other things that make you happy. But let's face it: You're apt to have more energy and mobility at age 62 than 72 or 82, so the sooner you collect Social Security, the more feasible it will be to check key items off of your personal bucket list and actually enjoy those things to the fullest. And while you won't necessarily lose out on the chance to travel or pursue your favorite hobbies if you claim Social Security later on, the experience of taking a two-month trip to the Andes might be different at 67 than it is at 62.

3. You'll get to preserve your savings

Many people are forced to retire early despite wanting to stay in the workforce longer. If that happens to you, claiming Social Security will allow you to leave your savings intact for many more years. And that could work wonders for your nest egg.

As mentioned earlier, you'll lose 25% to 30% of your benefits by claiming Social Security at 62 rather than waiting until your FRA. But if your IRA or 401(k) has fantastic investments that consistently outperform the market, then you may find that by taking benefits early, you're able to more than make up for it by growing added wealth in your retirement plan.

Now to be clear, the average investor may not be better off signing up for Social Security early for this reason, especially since seniors are supposed to shift toward conservative holdings, like bonds, as retirement nears. But if you're a seasoned investor with a solid strategy, giving yourself an extra few years to grow wealth in your IRA or 401(k) could work out very well.

Though filing for Social Security at 62 does mean taking a hit on monthly benefits, the reality is there's much to be gained by claiming them at the earliest possible age. And chances are, if you go that route, you'll wind up more than satisfied with that decision.