And a lot of seniors may end up hurting for it.

Millions of Americans have been struggling financially since the COVID-19 pandemic began. Unemployment has skyrocketed, reaching dangerous levels, and some 100,000 small businesses have permanently closed their doors.

It's clear that the public is desperate for relief, and is growing impatient with lawmakers, who can't seem to come to terms on a second COVID-19 relief package. President Trump, meanwhile, has tried to help matters by signing a number of executive orders in early August. But one means of near-term relief could spell serious trouble for one of the most important social programs of our time. 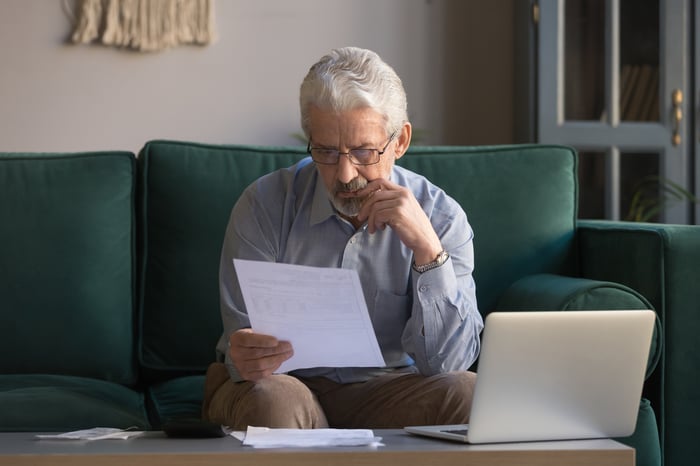 A blow to Social Security

President Trump is proposing a payroll tax break that would allow employees to defer their Social Security and Medicare taxes from the beginning of September through the end of the year. That alone isn't terrible for Social Security. If those taxes are paid by the 2020 filing deadline, the program won't technically lose out on the revenue it would otherwise collect during the latter part of 2020; rather, it will just wait a little longer to get that money.

The problem, however, is that President Trump is looking to forgive those payroll taxes completely if he's reelected into office. And that's where Social Security could run into serious trouble.

As it stands, benefit cuts were already on the table before the COVID-19 crisis began. Social Security expects to owe more money in scheduled benefits than it collects in revenue in the coming years as baby boomers exit the workforce. It has trust funds it can tap in the near term to keep up with its financial obligations, but once those funds run out of money, benefit cuts may be unavoidable.

Prior to the pandemic, Social Security's Trustees anticipated that the program's trust funds would be out of money by 2035. But if President Trump's payroll tax holiday is upheld, and four months' worth of taxes are actually forgiven outright, then Social Security could wind up depleting its trust funds much, much sooner -- especially when we account for the fact that the program has already lost a lot of revenue this year because of widespread unemployment.

President Trump may not, in fact, get away with forgiving payroll tax revenue for the last four months of the year, but that still doesn't change the fact that the COVID-19 pandemic has had a profound impact on Social Security already. In April, the jobless rate reached a record high of 14.7%, and it's remained in double-digit territory since. That alone could be a reason to gear up for benefit cuts in the next 10 to 15 years.

Of course, seniors who already rely on Social Security for the bulk of their income can't really do much to prevent the devastating hit to their earnings that might ensue. The best anyone in that position can do is cut back on spending and think about ways to lower future expenses, like moving to a part of the country where the cost of living is cheaper. Today's workers, however, can compensate for a cut in benefits by ramping up their retirement savings. Granted, that may not be a viable option right now, what with unemployment being so high, but once the pandemic ends, it should be more feasible. Boosted IRAs and 401(k)s could certainly help future retirees maintain their lifestyles in the face of reduced benefits, but that doesn't necessarily make that pill any less difficult to swallow.