Millions of Americans are struggling in the wake of the COVID-19 crisis, and if you're having a hard time making ends meet, you may be thinking of turning to your retirement savings for help. Normally, distributions taken from an IRA or 401(k) prior to age 59 1/2 are subject to a 10% early withdrawal penalty, but thanks to the CARES Act, which was passed in late March, you can now withdraw up to $100,000 from retirement savings penalty-free, provided you've been impacted financially or healthwise by the pandemic.

But taking a withdrawal from your long-term savings isn't your only option -- you can also borrow money from your retirement plan. Though IRAs don't offer loans, 401(k) plans generally do. And thanks to the CARES Act, you now have an opportunity to borrow more than usual. 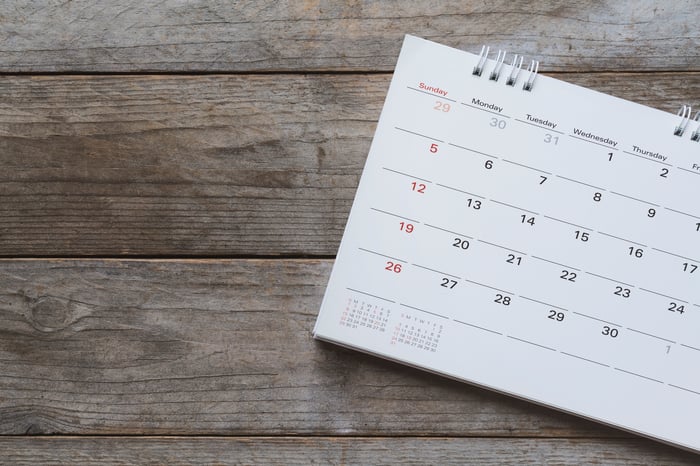 Generally, you can only borrow a maximum of $50,000 from a 401(k), but thanks to the CARES Act, that limit has risen to $100,000 (assuming, of course, that you have that much money in your account). However, that increase is only in effect until Sept. 22, which means that if you're looking to take out a larger 401(k) loan, you'll really need to get moving.

Should you borrow a bundle from your 401(k)?

There's a benefit to borrowing from your retirement savings rather than taking an early withdrawal: You'll be paying yourself back, as opposed to removing a chunk of your savings and having a lot less retirement income to look forward to because of it.

But there's also a danger in taking out a 401(k) loan -- especially a larger one. If you're unable to repay that loan in time, it will be treated as a withdrawal that is subject to the aforementioned 10% penalty. (To be clear, your loan won't be converted to a CARES Act withdrawal that's exempt.)

Normally, you get five years to repay a 401(k) loan, and that applies to the larger loans the CARES Act allows for, as well. And you also won't need to make payments on your loan during 2020 due to the extenuating circumstances at hand. However, if you wind up losing your job or separating from your employer after taking out that loan, you may have to pay it back much more quickly. A loan taken out this September, for example, will need to be repaid by Oct. 15, 2021 if you lose your job, so that's something to keep in mind before you borrow a huge sum of cash.

In fact, while taking out a 401(k) loan might seem like the best bet if you need money, you may actually be better off with a home equity loan or even a personal loan, since those won't be tied to your employment status. And given the number of jobs that are disappearing during the pandemic, that's a good thing.

Furthermore, if you are going to move forward with a 401(k) loan, don't borrow $100,000 simply because you can. Rather, borrow as little as possible to increase your chances of avoiding problems in the course of repaying that sum.