Please ensure Javascript is enabled for purposes of website accessibility
Log In Help Join The Motley Fool
Free Article Join Over 1 Million Premium Members And Get More In-Depth Stock Guidance and Research
By Maurie Backman – Sep 16, 2020 at 7:48AM

Your 50s are the time to really start taking retirement seriously. After all, at this stage of life, that milestone may be less than a decade away.

One of the things you'll need to do to prepare for retirement is figure out what income sources you'll have at your disposal, and how much money they'll actually provide you with. That, in turn, will help you determine what city to retire to, whether to downsize your home in retirement, and what sort of lifestyle you'll be able to maintain. And of those income sources, Social Security might be a big one. After all, if you've paid into the program throughout your career, it makes sense that you'd now be looking to enjoy the benefits you're entitled to.

But many near-retirees fear that Social Security won't, in fact, be such a viable income source during their senior years. In fact, 65% of Americans in their 50s are worried about Social Security being dried up by the time they retire, according to the SimplyWise September 2020 Retirement Confidence Index. 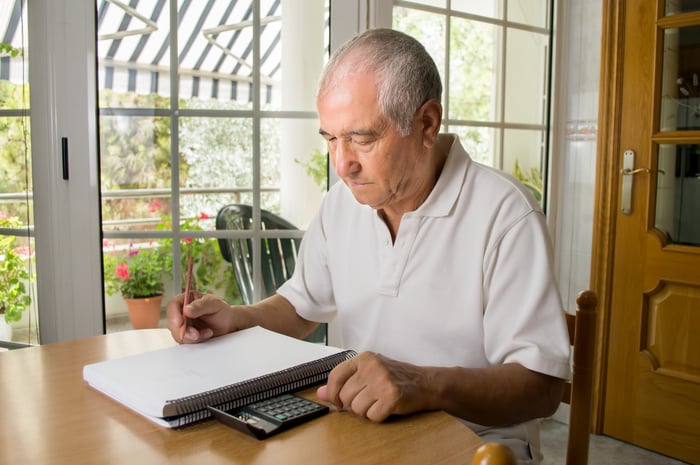 But is Social Security really in danger of running out of money? Or is that just a myth.

Let's get some good news out of the way: Social Security isn't in danger of going away completely, so if you're worried you won't collect any benefits at all as a senior, you can breathe a sigh of relief.

Now, let's get to the not-so-good news: Social Security is facing some financial challenges in the coming years, and if lawmakers fail to address them, benefit cuts could be on the table.

Specifically, the program expects to owe more in benefits than it collects in revenue as baby boomers exit the workforce in droves. Social Security can take money from its trust funds to keep up with its scheduled benefits until those funds run dry, which, earlier this year, was projected to happen in 2035. However, that estimate was made prior to the COVID-19 pandemic, and widespread unemployment could cause the program's trust funds to run out of money sooner. (The reason for this is that Social Security is primarily funded by payroll tax revenue, but since so many people have been out of work, that income stream has been less substantial than usual.)

Once Social Security's trust funds run out of money, benefit cuts may be unavoidable. And that's terrible news for current and future retirees alike.

What to do if you're worried about Social Security

If you're concerned that your Social Security income will be cut (or, worse yet, amount to nothing), the solution boils down to ramping up your savings. The good thing about being in your 50s is that you get the option to make catch-up contributions in your retirement plan. If you have an IRA, you can put in an extra $1,000 a year for a total annual contribution of $7,000. Do that for the next 10 years, and you'll add $88,000 to your nest egg, assuming your IRA investments deliver a fairly conservative average annual 5% return during that decade.

If you have a 401(k), you get a $6,500 catch-up, bringing your total allowable annual contribution up to $26,000. Now many people can't afford to part with that much income, but if you make an effort to save even a little extra money, it could go a long way toward compensating for a lower Social Security benefit.

While you can look forward to some amount of income from Social Security in retirement, your benefits may not be as robust as you'd like them to be. Use your remaining time in the workforce to boost your savings rate to compensate so you're not left to struggle financially once your senior years kick off.