Earlier in the year, it seemed like Social Security benefits would remain stagnant in 2021. Now, they may be in line for a modest boost.

Millions of seniors collect Social Security in retirement, and many rely on it as their primary or even sole source of income. But the monthly benefit seniors start out collecting doesn't necessarily stay the same. That's because Social Security benefits are eligible for an annual cost-of-living adjustment, or COLA, the purpose of which is to help ensure that seniors are able to maintain their buying power in the face of inflation. (COLAs, in recent years, have actually done a rather poor job in that regard, but that's a different story.)

COLAs are not guaranteed, and in recent history, there were several years in which seniors got no Social Security raise at all. And earlier this year, it seemed as though the prospects of a COLA for 2021 were pretty bleak. That's because COLAs are based on third-quarter data from the Consumer Price Index for Urban Wage Earners and Clerical Workers (CPI-W), which measures fluctuations in the cost of common goods and services.

When gas prices declined steeply earlier this year, it seemed like the result would be an absent COLA for seniors once again in 2021. But thanks to movement in the CPI-W over the past few months, seniors may now have a shot at a raise, after all. 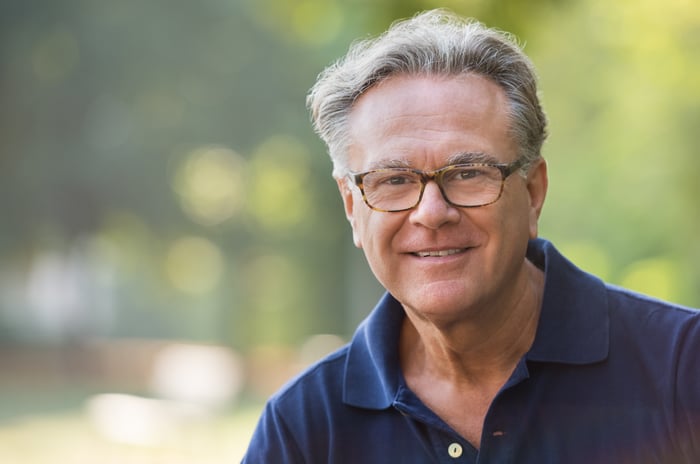 How much more money will seniors be entitled to next year?

Social Security COLAs hinge on third-quarter data from the CPI-W, and so far, we don't have numbers for September. But the Senior Citizens League estimates that seniors will likely receive a 1.3% raise next year based on existing data. For the average senior on Social Security, that would amount to just under $20 extra per month.

Of course, a 1.3% COLA is far better than no COLA at all, but to be clear, that's hardly a generous bump. Over the past decade, when inflation has been unusually low, COLAs averaged 1.4%. During the decade prior, they averaged 3%.

Furthermore, any Social Security COLA could be wiped out by an increase in Medicare Part B premiums. Thanks to the program's hold harmless provision, Medicare increases can't result in a lower monthly Social Security benefit from one year to the next among seniors who pay their premiums out of their benefits directly. But what a Medicare premium hike can do is eat up an entire COLA, or most of it.

The Senior Citizens League says that Medicare Part B premiums could rise by $17.40 a month in 2021 due to the coronavirus pandemic. As such, while seniors may, in theory, be entitled to a 1.3% raise next year, whether they actually get that money in their hands is a different story.

The Social Security Administration makes its annual COLA announcement in October, once September's CPI-W data becomes available. At this point, millions of seniors are no doubt waiting on the edge of their seats to hear what 2021's COLA will bring. Let's just hope they're not too disappointed with the ultimate number.