Seniors who enroll in Medicare aren't stuck with the same coverage for the rest of their lives. Rather, they're allowed to make changes to their coverage once a year during Medicare's open enrollment period, which runs from Oct. 15 through Dec. 7 annually.

But data from the Kaiser Family Foundation reveals that 57% of Medicare enrollees don't take advantage of this option by comparing their coverage choices annually. And older enrollees are even less likely to review their plan choices, with 66% of those 85 and older not taking advantage of open enrollment at all.

If you're on Medicare, it pays to look at your plan choices every year, even if you're happy with the coverage you already have. Doing so could save you a substantial amount of money and help ensure that you're able to afford the care you need to stay healthy. 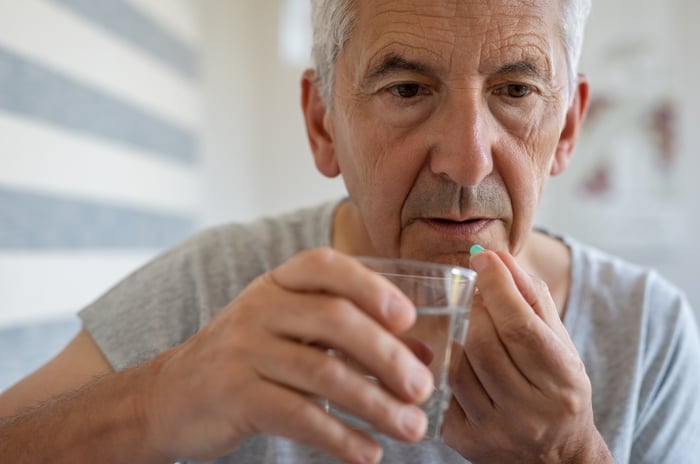 Why it pays to review your plan options each year

There are a number of moves you can make during Medicare's open enrollment:

In 2021, the typical Medicare enrollee will have an estimated 33 Medicare Advantage plans to choose from and 30 distinct Part D drug plans to sort through. Clearly, that's a lot of potential legwork. But the upside? You may find a plan that's better for you than the one you currently have.

When it comes to Part D and Advantage plans, each one functions independently. Sure, there are certain ground rules at play (for example, all Advantage plans must offer at least the same level of coverage as original Medicare), but ultimately, the cost and coverage you get will vary from plan to plan. And that's exactly why you need to choose your plan carefully -- to ensure that you're not overpaying for coverage you don't need, or that you're not missing out on coverage you do need.

But you can't just choose a plan when you first enroll in Medicare and stick with it in the absence of reviewing alternatives. The reason? Medicare Advantage and Part D drug plans change from year to year. If you have an Advantage plan, you may find that your preferred providers don't remain in-network from one year to the next. And with Part D, you may find that your plan's formulary changes from one year to the next, pushing the medication you take from a lower tier into a higher tier and leaving you on the hook for much higher copays than you're used to.

Or, things might change on your end from year to year. Your doctor might take you off a certain medication, negating the need for a more robust Part D plan with a higher premium. That's why not reviewing your plan choices during open enrollment is a big mistake. Though sorting through so many plan options may seem like a daunting task, Medicare does have a plan finder tool on its site that can make the process easier.

The more time you spend reviewing your Medicare plan choices, the less likely your healthcare costs will be to eat into an uncomfortable chunk of your retirement income. It's worth spending some time assessing your Medicare options during this year's open enrollment. Doing so could result in a world of savings -- and a lot less financial stress for you.