Deciding when to claim Social Security isn't easy. If you wait until full retirement age (FRA) to file, you'll avoid a reduction in benefits. If you delay your benefits beyond FRA, you'll boost them by 8% a year. And if you sign up at the earliest possible age of 62, you'll slash your benefits for life, but you'll also get that money a lot sooner.

It's the latter point that drives many seniors to sign up for Social Security at 62. And despite shrinking your monthly benefit, here are a few good reasons to file at that very age. 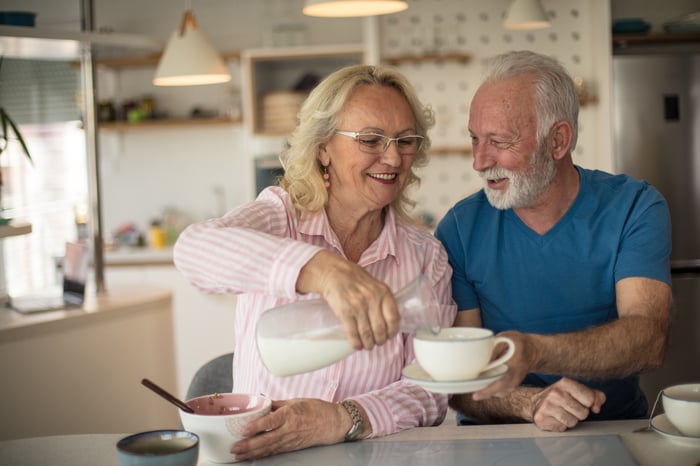 Some seniors don't save a lot of money for retirement, and so they become extremely reliant on Social Security to pay the bills. But if you're in the opposite boat -- you've sacrificed to build yourself a nice nest egg -- then you may not even need your benefits to pay your living expenses. If that's the case, it pays to claim Social Security at 62, because that way, you can put that money to work while you're younger. You can use it to travel, to invest in a vacation home, or to start a business that keeps you busy and generates extra revenue for you during your senior years.

Many seniors end up having to retire in their early 60s. If you're forced out of a job and don't have enough savings to live on, then you may have no choice but to claim Social Security at 62 and deal with the consequences during retirement. Of course, in this scenario, you could try borrowing money to pay your bills in order to grow your monthly benefit, but generally, the amount you'll pay in interest will exceed the hit you'll take on your Social Security income.

The downside of claiming Social Security early is locking in a lower monthly benefit for life. But what if you could file for benefits at 62 without a lifelong reduction?

Believe it or not, you can. The Social Security Administration (SSA) gives all filers a single do-over when it comes to claiming benefits. If you sign up at 62 because you're out of work temporarily or in a financial crunch, but your circumstances improve within a year, you'll have the option to undo your filing and claim benefits at a later age, thereby avoiding a scenario where you slash them permanently.

Now to get that do-over, you'll need to do two things: withdraw your application for benefits within a year of submitting it and repay the SSA all of the money it paid you. But let's say you're laid off at work when you're 62 and you're confident you'll find a new job in time. You might claim Social Security to avoid falling behind on bills or racking up debt, get a new job eight months later, and then you're your paychecks diligently so you're able to repay all of your benefits by the one-year mark. That way, you get the best of both worlds -- the money you need at 62 and a non-reduced benefit throughout retirement.

Clearly, there are plenty of good reasons to file for Social Security at the earliest possible age of 62. But before you make that decision, consider your personal financial picture and goals. It may be that signing up for benefits at 62 is the right choice, but if not, go ahead and file later. There's nothing wrong with waiting if you don't need that money right away or aren't sure that the upside of claiming Social Security at 62 outweighs the drawbacks.