Please ensure Javascript is enabled for purposes of website accessibility
Free Article Join Over 1 Million Premium Members And Get More In-Depth Stock Guidance and Research
By Maurie Backman - Nov 21, 2020 at 9:04AM

Early retirement isn't a matter of privilege or luck -- it's about making strategic moves that give you the freedom to leave the workforce when you want to.

Ever notice those happy couples who leave the workforce in their early 60s and get a jump-start on retirement? How do they do it?

Though early retirement may seem like a difficult thing to pull off, the reality is that it's an easier goal to achieve than you might think. Here's what a lot of people do to make it happen.

1. Save from a young age

Social Security will only pick up a modest portion of your total retirement spending tab. You should plan for the bulk of your retirement income to come from your savings, and if you want to retire early, you'll need to fund your IRA or 401(k) from a young age so you have the flexibility to stop contributing to your plan a few years ahead of your peers. 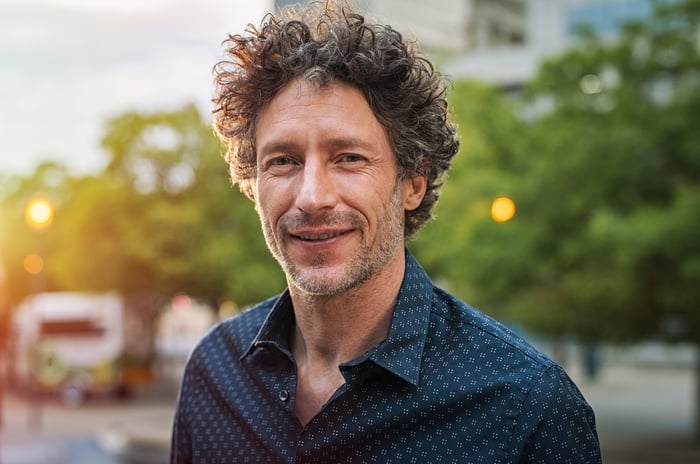 Case in point: If you start funding a retirement plan with $420 a month at age 22 and continue doing so for 40 years, you'll wind up with over $1 million in savings -- assuming your investments in that account deliver an average annual 7% return, which is doable if you load up on stocks. Wait just five years to start contributing that $420 a month, and you'll end up with $697,000 instead, assuming that same return.

2. Have a plan for healthcare

Medicare eligibility begins at age 65, which means early retirees are often forced to pay a fortune for private insurance once they stop working and give up employer plans. If you want to retire early, you'll need a way to pay for healthcare during those years when you're not working but not yet entitled to Medicare coverage, and a good bet is to fund a health savings account, or HSA.

With an HSA, you contribute pre-tax dollars toward healthcare expenses, but any funds you don't use immediately can be invested for added growth. Since HSAs don't expire, you can contribute to one throughout your career so that if you're faced with, say, a three-year gap between when you retire and when you can sign up for Medicare, you'll have a dedicated source of income for paying for health insurance out of pocket.

Debt is a dangerous thing because it can monopolize a lot of your income, making it harder to fund your retirement plan or HSA. If you really want to retire early, make a point not to take on unhealthy debt during your working years.

That doesn't mean you can't or shouldn't get a mortgage. Mortgage debt is healthy because it allows you to build equity in an asset. Rather, you should steer clear of credit card debt and other loans that don't benefit you financially in any way. The less interest you accrue on bad debt, the more money you'll have available to put toward early retirement.

While it's true that some early retirees have money thanks to high-paying jobs or large inheritances, for many seniors, early retirement is a matter of hard work, diligent savings, and careful planning. If you're intent on retiring early, fund an IRA or 401(k) from as young an age as possible, allocate money toward healthcare, and avoid dangerous debt. And then go out there and enjoy the early escape from the grind you've arranged for yourself.