Many workers today fear that Social Security won't be around for them once they're set to retire. In fact, rumors have been circulating for years that the program is on the verge of bankruptcy. If you're worried about not getting any benefits at all for your retirement, here are three important moves to make.

1. Get your facts straight

It's easy to buy into negative news about Social Security when so much of what you read is bleak. But the reality is that Social Security is not at risk of going away completely. What's actually happening is that in the coming years, the program will owe more in benefits than what it collects in payroll tax revenue as baby boomers leave the workforce in droves and not enough younger workers come in to replace them. 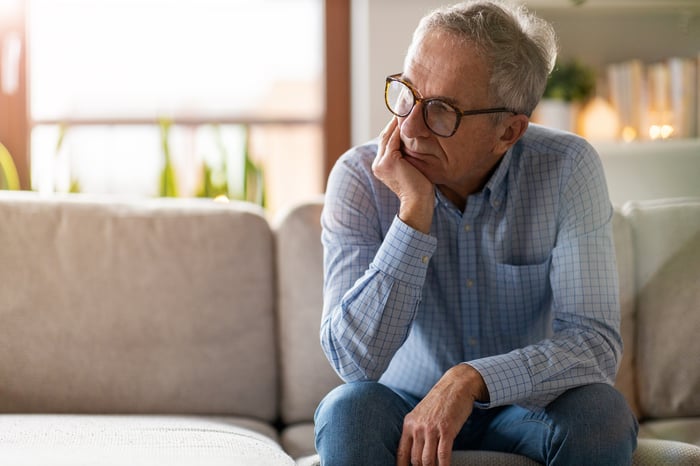 Social Security will be able to keep up with scheduled benefits until its trust funds run out of money, and that's projected to happen within the next 14 years. From there, benefit cuts will be on the table. But reduced benefits aren't the same thing as no benefits, so before you panic that you won't be entitled to any Social Security income at all, recognize that right now, the worst-case scenario is about a 24% cut. That's far from ideal, but it's worlds better than getting nothing.

Since we can't discount the possibility of Social Security cutting benefits, a good way to compensate is to sock away as much money as you can for retirement yourself. If you max out your IRA year after year, or get as close as you can to maxing out your 401(k) plan (which is a lot harder to do than an IRA), you could build enough wealth to not even have to think about Social Security.

Imagine you contribute $500 a month to an IRA (which is the maximum based on today's limits for workers under the age of 50) over a 40-year period. Let's also imagine your IRA is heavily invested in stocks that deliver an average annual 7% return during those four decades. At the end of your savings window, you'll be sitting on about $1.2 million. That could be enough to make whatever income you get from Social Security nice to have, but not at all a necessity.

3. Secure a part-time job in retirement

If you're concerned about not having enough money as a senior, working in some capacity is a smart move. First, the obvious -- holding down a job will result in some type of paycheck. But on top of that, working will also give you something to do with your time so you're not spending money to stay busy. That will help you stretch your income -- whatever it ends up looking like.

Social Security may be facing a significant financial shortfall, but that doesn't have to wreck your retirement. Read up on what's really going on with the program, save diligently, and think about ways you can generate extra income as a senior, like working, to improve your personal financial outlook. If you do those things, you won't have to lie awake at night worrying about a program whose future you have no control over.