Please ensure Javascript is enabled for purposes of website accessibility
Log In Help Join The Motley Fool
Free Article Join Over 1 Million Premium Members And Get More In-Depth Stock Guidance and Research
By Maurie Backman - Jan 23, 2021 at 7:04AM

Early retirement isn't for everyone. It certainly isn't for me.

When I was in my 20s and first out of college, I used to talk about how much I hoped to retire on the early side. Back then, the extent of my retirement knowledge was that I had a 401(k) plan with money in it earmarked for my senior years. I had also heard of Social Security but had no idea about the benefits paid or what financial troubles were already brewing for the program back then.

But now that I'm older and more informed, I've realized that while early retirement may be doable for me if I plan accordingly, it's actually not something I want. In fact, I'm convinced I don't want to retire at all, but that's a different story. Here's why. 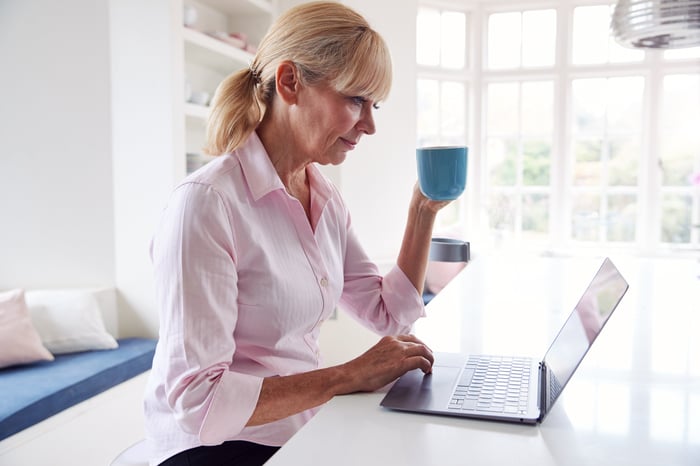 At this point, I'm well on track with regard to my retirement savings. I've basically managed to max out my 401(k) for over a decade-and-a-half, and I don't carry any debt other than a mortgage on my home. And if I stick to my current payment schedule, it should be paid off well before my 60s.

But still, there are a few reasons why I don't think early retirement will work for me. For one thing, I like to stay busy, and while I enjoy a nice hike or a good book, I don't think it's realistic to spend days on end doing those things from morning until night without having some sort of job to fill up some hours. And while I would like to travel a lot in retirement, who knows what my health will allow for at that point? As such, I think I'll need to keep working to avoid feeling like I have too much time on my hands.

Speaking of health, have you seen what seniors today are spending on medical bills? It's insanity. A good 66% of older Americans fork over $376 a month or more for healthcare alone, and 31% spend over $1,000 per month on healthcare.

While I'm saving diligently for retirement, those numbers are sobering. And given that Social Security may very well slash benefits well before I retire, I know I can't count on it to provide me with all that much income. As such, I may want -- or need -- to work longer, just to help ensure that medical bills don't cause me to deplete my savings prematurely.

At some point, I may choose to significantly cut back on the amount of work I do. But I don't see myself giving my career a hard stop at age 67 (my full retirement age for Social Security purposes) and calling it quits. And between healthcare costs and the boredom factor, I certainly don't see myself giving up my work in my early 60s or sooner.

Early retirement is a wonderful goal for some people -- and it may be more attainable than you'd think. But I realized quite some time ago that it isn't for me, and that's taken the pressure off. If I have a year when other bills arise and I can't quite max out my 401(k), I won't be stressed about it. Rather, my goal is to do my best to keep saving and keep enjoying what I do professionally, all the while staying informed about senior living costs -- healthcare, in particular.

While it's OK to aim to retire early yourself, it's also a good idea to have a backup plan. This way, you won't wind up disappointed in case it doesn't end up happening, despite your best efforts.

Investors: The Stock Market Is Not Your Emergency Fund

Can You Still Retire a Millionaire After the 2022 Stock Market Sell-Off?