Please ensure Javascript is enabled for purposes of website accessibility
Log In Help Join The Motley Fool
Free Article Join Over 1 Million Premium Members And Get More In-Depth Stock Guidance and Research
By Maurie Backman - May 4, 2021 at 8:04AM

In the course of your retirement planning, make sure your anticipated income sources won't let you down.

For most seniors, it takes more than just Social Security benefits to live comfortably. Those benefits only replace about 40% of an average earner's previous paycheck, and seniors generally need a much higher income replacement rate to maintain a decent standard of living.

Of course, there are also retirement savings to fall back on, but many people don't manage to build a solid nest egg by the time their senior years roll around. As such, many older Americans have to work in some capacity to generate additional income, and in a recent survey by the Employee Benefit Research Institute (EBRI), 68% of workers today say they expect to hold down a job during their senior years. But while that's a good plan in theory, it may be not a reliable one to bank one.

Will it work out for you to work in retirement?

There are plenty of good reasons to work during retirement. For one thing, boosting your income is never a bad thing, and if you don't have very much savings, earning some money is a good way to make up for it. 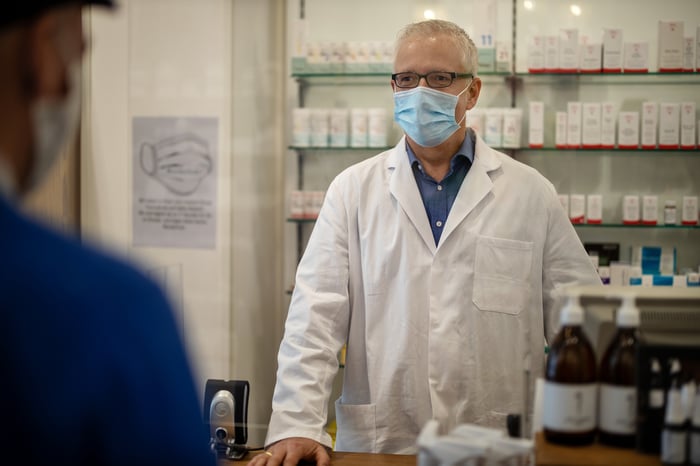 There are also social and physical health benefits to holding down a job. Not only might working give you an opportunity to socialize, as opposed to sitting at home feeling isolated, but it might help get you moving, which could prevent or mitigate a host of medical problems.

But while working during retirement is a great thing to plan for in theory, it makes a number of assumptions. First, it assumes you'll be able to find a job that suits your schedule. Some businesses may not want part-time workers -- they may strictly want to hire on a full-time basis.

Second, if a recession hits, you may find that getting or maintaining a job is difficult. The EBRI reports that only 23% of current retirees work for pay, which is down from 31% in 2020. It could be that some of those people who are no longer working lost their jobs when the economy tanked in the course of the pandemic.

Furthermore, while you may want to find yourself a job as a retiree, your physical health may not allow you to keep one. This especially holds true if the only opportunities you can find are those that require manual labor or for you to be on your feet for many hours at a time.

As such, while planning to work during retirement is a good thing, it shouldn't take the place of saving well for your senior years and claiming Social Security strategically to get the most of your benefits. And if you've missed the boat on retirement savings -- say, you're nearing the end of your career and really have very little money socked away -- your next best bet is to find a job in retirement that you have control over. That could mean starting a business of your own or consulting as a freelancer in your former field. That way, you'll have more say over the situation and won't necessarily be at the mercy of other employers.

In fact, as your career comes to an end, it wouldn't hurt to set yourself up to work during retirement if that's something you'd like to do. If you're starting a business, map out a plan and figure out how you'll fund that venture. If you plan to consult, network extensively so you're able to line up some clients. Working as a senior could end up being a rewarding experience, and not just financially speaking, but it pays to do everything in your power to make it a possibility.