Many people strive to retire early, whether that means exiting the workforce in their early 50s, late 50s, or early 60s. If early retirement is a big goal of yours, here are three things you can do to make it happen.

1. Live below your means

You probably work pretty (or very) hard for your money, and so it's natural to want to spend most of it -- maybe even all of it. But if you're serious about retiring early, then you'll need to get into the habit of living more modestly now.

Figure out when you want to retire and how much income you'll need to support yourself at that time. Then, map out an annual savings goal based on the number of years you have left between now and your ideal retirement date. Finally, figure out how much spending you'll need to cut back on to make that happen. 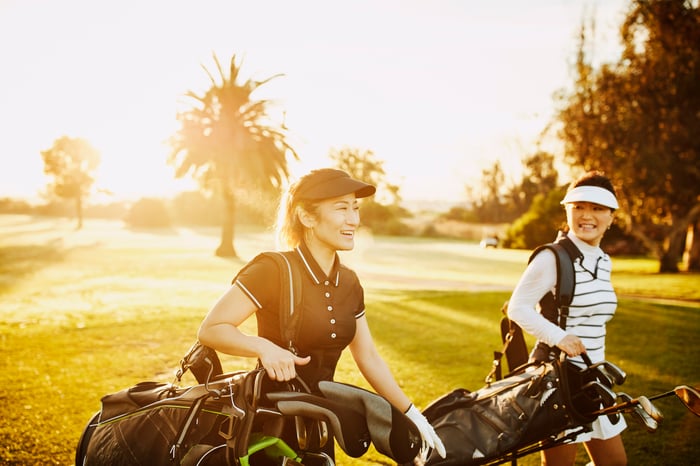 Once you have those numbers laid out in front of you, you'll be able to examine your lifestyle and make choices that allow you to carve out room for consistent savings. It may take some getting used to, but once you learn to live below your means, you'll put yourself in a prime position to meet your retirement goals.

Saving money consistently isn't the ticket to early retirement -- at least not by itself. You'll also need to invest your money wisely so it grows into a larger sum over time. And loading up on stocks is a good bet in that regard.

Imagine you're able to sock away $1,000 a month for an early retirement over 30 years. That leaves you with a $360,000 nest egg if you keep your money in cash and it generates no return at all.

On the other hand, if you invest that money in stocks, you might easily generate a 7% average annual return, since that's a few percentage points below the stock market's average. And in that case, you're looking at $1.13 million to your name, which lends more easily to exiting the workforce ahead of your peers.

The less money you lose to the IRS year after year, the more you'll get to sock away for yourself. It pays to house your retirement savings in a tax-advantaged retirement plan like a 401(k) or IRA.

But that's not the only tax-savvy move you can make. If you're eligible for a health savings account, maxing one out could also help you grow wealth for your later years, since that money can be carried all the way into retirement.

You'll also need to make smart choices with the investments you have outside of a tax-advantaged account. Holding stocks for at least a year and a day before selling them, for example, could help you avoid a hefty capital gains tax bill.

Retiring early may seem like a challenging goal to meet. But if you play your cards right and commit to that objective, you might one day join the ranks of those workers who get to bid their jobs adieu while they're still pretty young.