There's a rumor that Social Security won't pay benefits at all in the future. Buying into it could actually make sense.

There are many rumors out there about Social Security, and perhaps the most prominent one is that the program is on the verge of running out of money. In other words, so long future benefits, right?

While Social Security is experiencing its share of financial challenges, the program isn't looking at wrapping up and folding. What may happen in the coming years is a round of universal benefit cuts if lawmakers don't find a way to help the program make up for its impending financial shortfall. But if you're a member of the workforce today, you can and should expect Social Security to pay you something by the time you retire.

That said, I prefer to go along with those rumors about Social Security running out of money completely -- not because I think that'll actually happen, but because I want to enter retirement in a place where I'm not at all financially dependent on the program to pay my bills. So for me, it's easier to just write off Social Security and take savings matters into my own hands. 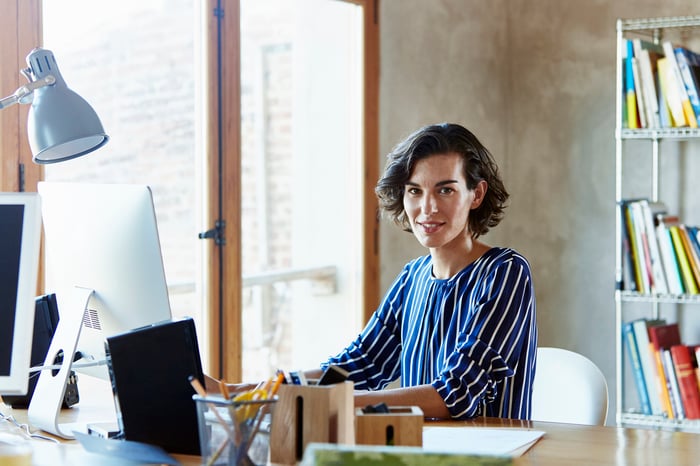 Securing my own future

If you're an average earner, you can expect Social Security to replace about 40% of your wages if benefits aren't cut in the future. But realistically, there's a strong chance that benefits will have to be cut.

Advocates have been screaming for years that lawmakers need to step up and intervene to ensure that Social Security is able to continue paying benefits at the level it's supposed to. And so far, nothing's really been done about it.

At this point, we're probably within 15 years of the program's trust funds running out of money. Once that happens, benefit cuts are on the table.

As such, Social Security may end up replacing a lot less than 40% of the typical worker's wages. And the general rule of thumb is that seniors need about 70% to 80% of their pre-retirement income once they stop working to maintain a comfortable lifestyle.

For me, I think that a 70% to 80% replacement target is accurate. And I also know that Social Security won't get me anywhere close. That's why I make a point to aggressively fund my retirement savings year after year.

Not only do I max out a retirement plan, but I also maintain a separate brokerage account that's loaded with a diverse mix of stocks. My goal is to hold onto those stocks until I need to cash them out. If that need arises during my senior years, that's fine.

Plus, I plan to work in retirement, partly for the extra income and partly because I think I'd get bored without some sort of job. So all told, I'm aiming to set myself up with a number of income streams outside of Social Security. That way, I won't have to stress about benefit cuts or where the program is headed.

While there's nothing wrong with factoring Social Security into your retirement strategy, if you need to be motivated to boost your savings efforts, then it could pay to do what I've done -- just pretend the program won't be there for you. That way, whatever benefits you do end up getting will serve as extra money, but they won't be your only or main source of income.