You'll often hear that Social Security should not be your only source of retirement income. That's because the average recipient today only collects $1,565 a month. And while that's not a negligible sum of money by any means, it's also probably not enough to live comfortably on.

But while many people strive to bring personal savings into retirement, many ultimately fall short of meeting their goals. The good news, however, is that Social Security will reward you financially for holding off on claiming benefits. And it's for this reason that signing up at age 70 makes so much sense. 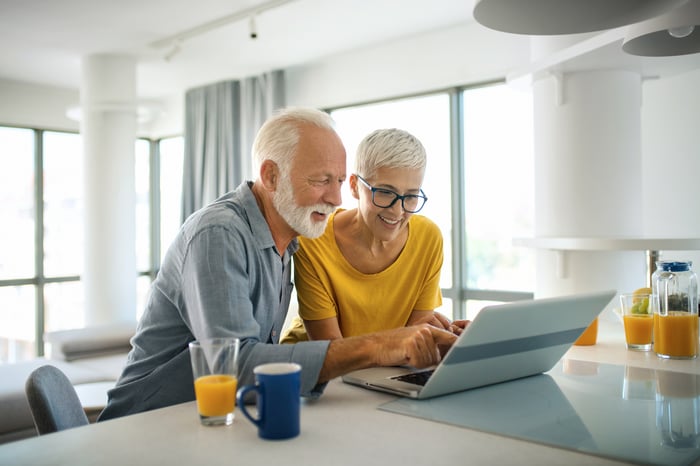 Could you use a major boost to your benefits?

You're entitled to your full monthly Social Security benefit based on your personal wage history once you reach full retirement age, or FRA. FRA is based on your year of birth, as follows:

Now you don't have to sign up for benefits at FRA. You can claim them as early as age 62, albeit at a reduced rate. Or, you can delay your filing beyond FRA, and for each month you do, your benefits will increase by 2/3 of 1%. This means that on a yearly basis, you're looking at an 8% increase for delaying your Social Security filing.

Once you reach the age of 70, you can no longer accrue the delayed retirement credits that result in an increase to your benefits. But if you manage to hold out until age 70, you'll snag the maximum Social Security benefit you can get based on your earnings history.

Here's why that's so important. Not only can a larger benefit compensate for any savings shortfall you might be grappling with, but the value of your nest egg can change based on how its investments perform.

In poor market conditions, the value of your IRA or 401(k) plan might sink, at which point you may want to leave it alone and let it recover. But if you're not collecting enough income from Social Security to cover your bills, that won't be possible, and you'll need to lock in losses.

As such, collecting a higher Social Security benefit won't just give you more spending power. It could also make it possible to avoid major losses in your retirement plan that hurt you throughout your senior years.

Claiming Social Security at age 70 may not be the right move for everyone. And it may not even be possible for you. If you lose your job in your mid-60s, for example, and can't get rehired, you may have to sign up for benefits to keep up with your living costs. But if you have the option to delay your filing until the age of 70, it could very much benefit you financially to take it.