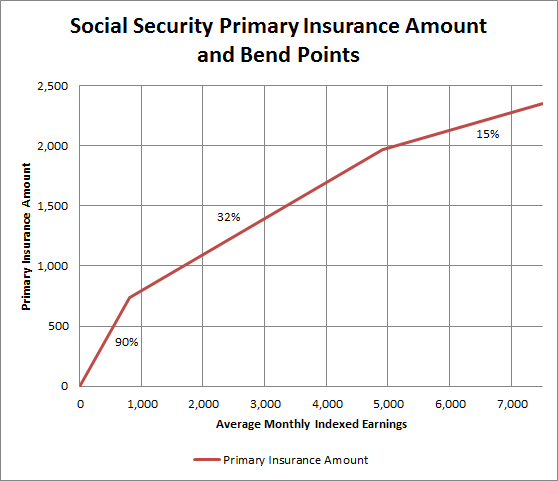 Therefore, in terms of maximizing Social Security benefits as a percentage of what you earn, about $9,800 in average annual income is the sweet spot. That can come either from 35 years of steady part-time work or from a shorter career of higher-income years that average out to that amount. Obviously, that amount won't maximize your total benefits overall, but those who earn more see diminishing returns from their Social Security taxes as their incomes rise.

2. Workers who become disabled early in their careers
Workers become eligible for Social Security disability benefits much more quickly than they do for retirement benefits. In general, workers between age 24 and 31 need to have worked at least half the time since they turned 21, and those between 31 and 42 need five years of work credits over the past decade. By contrast, retirement benefits don't kick in for most workers until they've worked at least 10 years.

If someone becomes disabled early in his career, his primary insurance amount is calculated not on the basis of a 35-year work history but rather on a much shorter period. That raises the PIA and therefore boosts the amount that person receives in disability benefits. In essence, the disability portion of Social Security works much more like insurance, where the vast majority of workers pay into the system without needing disability benefits, while an unfortunate few end up needing those benefits and getting, in some cases, far more than they paid into Social Security as a result.

The rationale for spousal benefits goes back to Social Security's origins, when single-earner families were more common. Lawmakers wanted Social Security to provide for families as well as the primary earner, and spousal and survivors benefits ensured that other members of a worker's family would get financial assistance. Even divorced spouses are entitled to those benefits if they were married for 10 years or more.

Yet spouses only need to be married for a single year before becoming eligible to receive spousal benefits. That opens the door for potential abuse if couples at retirement age marry for convenience, as the new spouse with no earnings record can quickly take advantage of the other spouse's work history from long before they ever met. Even when benefits aren't the primary motivation for a marriage, some argue that the rules governing spouses are too generous, especially as two-earner families have become more commonplace.

Social Security is a useful program for all Americans, but it's inevitable that some people will make out better under Social Security than others. As talk of Social Security reform starts to get more urgent, you can expect policymakers to look at these and other aspects of the program to see where they can make improvements to how Social Security benefits are paid.

Social Security: Who Gets the Best Deal on Benefits? @themotleyfool #stocks Next Article
Current