The Department of Health and Human Services said Medicare Part B premiums and deductibles will stay flat for 2015.

Nearly 50 million Americans are enrolled in Medicare, and for the retirees who are in the system, healthcare costs are one of the biggest concerns affecting their financial future. Over the years, retirees have gotten used to the constant uptick in healthcare costs. But recently, those costs have started to flatten out, and according to the latest news from the Department of Health and Human Services, Medicare recipients will reap the benefits of the slowdown in health care-spending growth. Still, the question most retirees are asking is whether those flat costs will continue into the future, preserving more of their meager cost-of-living increases from Social Security to keep for non-medical expenses.

How Medicare costs got held in check
Earlier this month, HHS Secretary Sylvia Burwell announced that the standard monthly premiums and deductibles for Medicare's Part B program, which covers the majority of costs for doctors' visits, ambulance services, and outpatient care, will remain unchanged in 2015. Most participants will pay $104.90 for their Part B monthly premium, while those in certain upper-income ranges will pay higher amounts. Singles making between $85,000-$107,000 will pay $146.90 per month, while total costs rise to $209.80 for singles making up to $160,000, $272.70 for those earnings up to $214,000, and $335.70 for those with incomes above $214,000. The income thresholds are exactly twice as large for joint-filing couples. 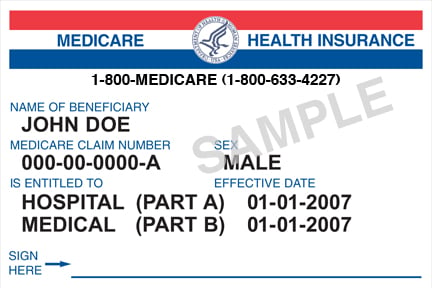 Moreover, the deductible for which Medicare participants are initially responsible will stay the same as well. Enrollees will have to pay a deductible of $147 for their coverage.

Indeed, the announcement continues a favorable streak for the program. The same premiums were available not just last year but in 2013 as well. Moreover, current premiums are actually below the rates that Medicare participants paid in 2011 .

Burwell didn't hesitate to attribute the cost containment to the Affordable Care Act. "The stabilization of Part B premiums is another example of how we are containing health care costs to provide a more sustainable and affordable health delivery system," Burwell said. She also cited statistics showing that growth in Medicare spending per capita has risen just 0.8% annually over the past four years, well below the rate of GDP growth.

Not every aspect of Medicare costs remained the same, though. Deductibles for Medicare Part A, which covers hospitalization and other inpatient costs, will rise $44 to $1,260 in 2015. Skilled nursing facility stays will also see a slight increase in costs, with a $5.50 increase to $157.50 per day between the 21st and 100th days of skilled-nursing care.

Sharing in the benefits -- while they last
Given that Medicare is a public program, it only makes sense for participants to get a cost break when the program performs better than expected. The Congressional Budget Office released a report in August looking more closely at the trends in Medicare spending, noting the outright declines in inflation-adjusted spending per participant. For the near future, the CBO sees Medicare cost growth to continue to be modest.

The question is whether the continued aging of the population will eventually create a demographic problem for Medicare. As Baby Boomers retire, they become eligible for Medicare at age 65, but so far, the bulk of them are in the early years of their retirement where they're still relatively healthy. The potential crisis could come 10-20 years down the road, when the oldest Baby Boomers could have much higher demand for healthcare that could greatly increase costs for the program as a whole.

Some believe, though, that no such crisis will occur. Greater prevalence of generic drugs has reduced prescription costs dramatically, and patients have cut back on medical procedures that aren't essential to their health. Efforts to educate Americans about the true cost of their health care might also be playing a role in containing spending. It's unclear whether those recent trends are tied to the current state of the economy or whether they represent a fundamental, longer-lasting shift in behavior. But the optimism is encouraging for those looking to keep healthcare costs in check for those living on fixed incomes in retirement.

News that Medicare premiums will once again remain flat in 2015 is welcome for retirees looking to make ends meet. If the reversal in past trends to skyrocketing healthcare costs proves permanent, then Americans both young and old stand to share in the gains for years to come.