Please ensure Javascript is enabled for purposes of website accessibility
Retirement Planning > Choosing the Best Retirement Plan for You > What is a 401(k) and How Do They Work?
Adam Levy
Updated: May 18, 2021, 1:34 p.m.

A 401(k) is a tax-advantaged retirement plan offered through an employer. Employees may elect to defer a certain percentage of their paychecks to their 401(k)s, and employers often match some of these contributions.

The various types of 401(k)s differ in eligibility requirements and how they are taxed. Here's everything you need to know if you're thinking about contributing to a 401(k).

401(k)s are company-sponsored retirement plans , so as soon as an employee meets the company's eligibility requirements, they may enroll and decide how much of each paycheck to contribute. Some companies automatically enroll employees in their 401k plans. Check with your company's HR department to learn more about your specific plan.

Placing your retirement fund in a 401k confers many advantages. Here are some of the most important ones:

Traditional 401k contributions are tax-deferred. That means the account holder can deduct contributions in the year they're made and only pay taxes on withdrawals as they occur. Additionally, there's no tax when an account holder sells an investment for a gain, and there's no tax on dividends received within a 401(k). With proper planning, you can save a lot of money in taxes.

Employers often match a percentage of their employees' contributions, which is one of the biggest benefits of a 401k. It's like getting an immediate 50% or 100% return on your investment (depending on your company's policy) just for saving for retirement.

One of the easiest ways to save for retirement is to do it automatically, and a 401k plan makes it as simple as possible. Salary deferral contributions come straight out of an employee's paycheck, and they're typically designated as a percentage of wages. Some employers also offer the ability to automatically increase your contribution percentage each year to help employees save more.

When an employee leaves an employer, they have the option of rolling over their 401k into an IRA or their new employer's 401k. Doing so can expand the number of investment options available. But if your old employer has a really good plan, you also have the option of leaving your money there. 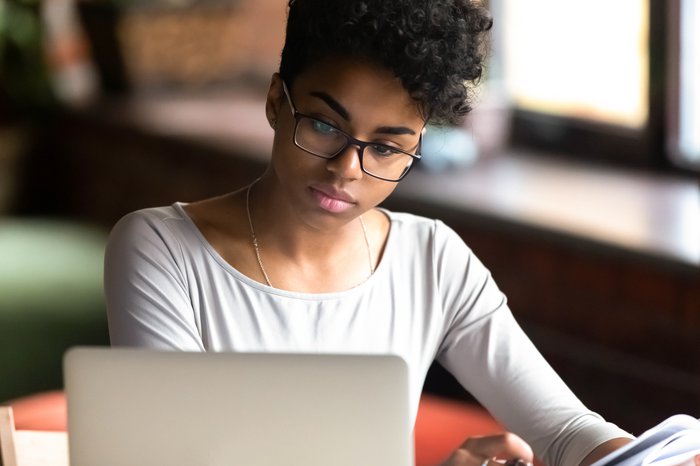 Withdrawing from your 401(k)

Here’s a closer look at some of the rules that apply to 401(k) withdrawals.

Required minimum distributions (RMDs) are mandatory distributions from 401(k)s that must begin when you turn 72. Before 2020, RMDs were required to begin at age 70 1/2. Calculate your RMD by dividing your 401(k) balance by the distribution period next to your age in this table . Failure to annually withdraw at least this much triggers a 50% penalty on the amount that you should have withdrawn.

Adults ages 72 and older who are still working may delay RMDs from their current 401(k) until they retire, although if they have any IRAs or old 401(k)s from former employers, they must still take RMDs from these accounts starting at age 72.

Some 401(k)s enable participants to borrow money from their plans and pay it back over time with interest. For some people, a 401(k) loan can be a nice alternative to a traditional bank loan, but withdrawing funds could slow the growth of your retirement savings. If you are unable to pay back the full amount you borrowed by the end of the loan term, the outstanding balance is considered a distribution and taxed accordingly.

These are some of the key 401(k) rules and limits you should be aware of if you plan to contribute to this type of account.

People classified by the IRS as highly compensated employees (HCEs) -- those who own more than 5% of the company they work for or earn more than $130,000 annually in 2020 and 2021 -- may not be eligible to contribute to their 401(k)s up to the maximum limits. Those in the top 20% of their company by income may also be classified as HCEs if their company so chooses.

Employers must perform nondiscrimination tests annually to ensure that HCEs aren't contributing significantly more money to their 401(k)s than non-HCEs. Long story short, average annual HCE contributions may not exceed non-HCE contributions by more than two percentage points. If they do, then HCEs are prohibited from contributing up to the annual limits outlined above.

Most of the information above centers on tax-deferred 401(k)s, which are the most common. But while a Roth 401k plan is much the same as a traditional 401(k) except contributions are made with after-tax dollars. Roth contributions don't reduce your taxable income for the current year but are distributed tax-free in retirement. Employers who offer matching programs cannot contribute directly to Roth 401(k)s and must instead contribute any matching funds to a traditional 401(k).

Other retirement plans to consider

A 401(k) is just one type of retirement plan , but there are a lot of different accounts you can use to help you reach your retirement goals.

In addition to your 401(k) at work, you can also use an IRA. An IRA has similar tax treatment as a 401(k), and there are both traditional IRA plans and Roth IRA plans.

One big advantage of an IRA versus a 401(k) is that investors have a lot more investment choices. Additionally, IRAs typically have no fees attached.

On the other hand, IRAs have income limits that restrict an investor's ability to contribute or take a tax deduction for their contribution. Careful planning can ensure you get the biggest tax advantage possible for your situation.

401(k) vs. other retirement accounts

Here's a closer look at how 401(k)s stack up against other common retirement accounts.

A 403(b) plan is similar to a 401(k) but is available only to certain ministers, public school employees, and employees of tax-exempt organizations. Contribution limits are the same as for 401(k)s, with the exception that employees who work for the same company for at least 15 years may contribute up to $3,000 more per year.

A 457(b) plan is a type of retirement account available only to state and local governments and some nonprofit employers. Standard contribution limits are the same as for 401(k) plans, but 457 plans, including 457(b)s, have higher catch-up contribution limits for those 50 and older. With 457(b) plan s, there is no penalty for withdrawing funds before age 59 1/2.

401(a) plans, like 457(b) plans, are commonly offered by governments, public schools, and nonprofit organizations. Participation in a 401(a) plan is often mandatory, and the employer determines how much of each employee's paycheck is placed into their 401(a) account. These plans are highly customizable, and the contribution limits are the same as those of 401(k)s.

Pension plans provide a guaranteed source of monthly income in retirement, while 401(k)s do not. Also, only employers fund pensions, while employers and employees (primarily employees) fund 401(k)s. Pensions are rare today; employers generally choose to offer 401(k)s in lieu of pensions.

Check out other retirement plans that may be right for you

There's more than one way to get to your retirement goal

Planning for retirement when you're your own boss.

A 401(k) is a type of retirement plan offered by employers. It allows you to save for retirement using pre-tax dollars from your paycheck. Frequently employers will match contributions up to a certain percentage, allowing you to save even more. Then you pay taxes when you withdrawal from the account in retirement.

What are 401(k) contribution limits?

A Roth 401k plan is much the same as a traditional 401(k) except contributions are made with after-tax dollars. Roth contributions don't reduce your taxable income for the current year but are distributed tax-free in retirement. 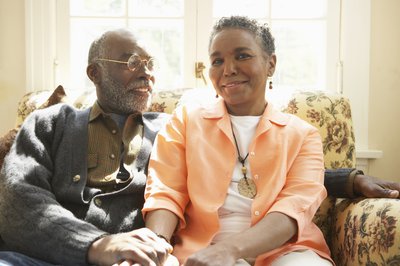 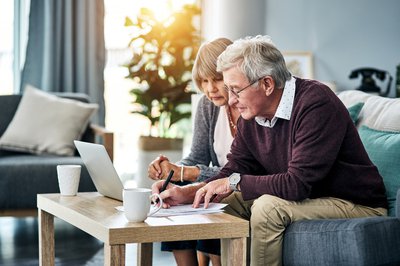 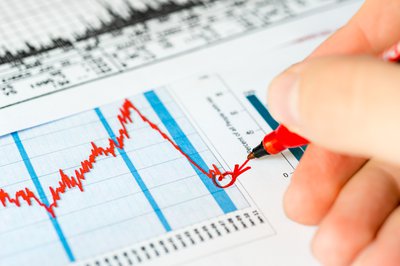 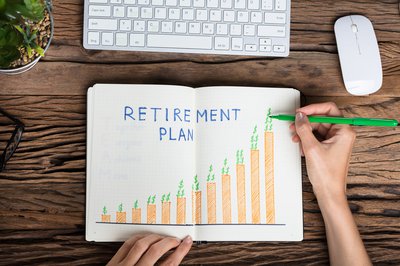