Because Roth 401(k) contributions are made with after-tax dollars, Roth 401(k)s must be rolled over to either a Roth IRA or a new employer's Roth 401(k) (if that employer offers one).

Rolling over your funds means you won't have to worry about managing an account held with an old employer. And if you roll over into a Roth IRA, you will generally have more investment options than with a Roth 401(k) as well as more flexibility when you take money out of your retirement account in your later years. 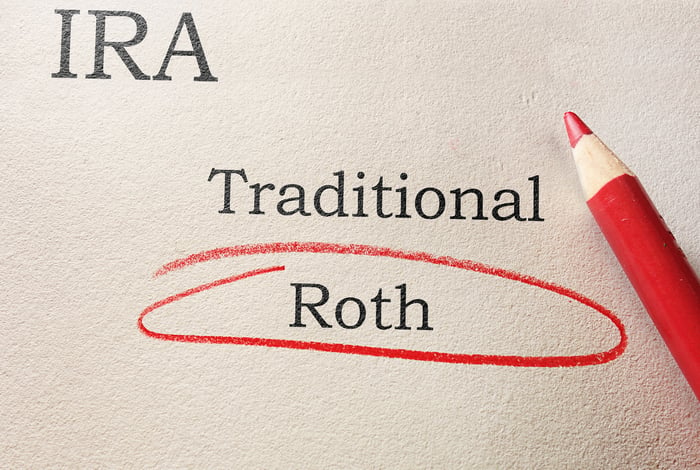 Rolling over to a Roth IRA

Rolling over a Roth 401(k) to a Roth IRA is often the best option when you leave your job. This can be the right choice because:

Rolling over a Roth 401(k) to a Roth IRA enables you to retain the tax benefit these accounts provide, which is the ability to withdraw money tax-free as a retiree as long as you've followed certain rules. You also avoid any tax penalties that could result if you withdraw but don't roll over money from your Roth IRA when leaving your job before you are 59 1/2.

Fortunately, rolling over funds from a Roth 401(k) to a Roth IRA can be very simple. You'll need to open a Roth IRA with a brokerage of your choosing and contact your 401(k) plan administrator to arrange a transfer of funds to your new account. This is called a trustee-to-trustee transfer, and it reduces the potential for tax consequences.

If you don't do a trustee-to-trustee transfer but instead have the money from your Roth 401(k) sent to you, you'll need to redeposit it into your Roth IRA within 60 days to avoid possible early withdrawal penalties.

Rolling over from a traditional 401(k)

If you currently have a traditional 401(k) and want to convert it to a Roth 401(k), you also may have the option to do that. But it's important to understand the tax implications of this type of rollover.

Because of the different tax rules, rolling over money from a traditional to a Roth 401(k) has tax consequences, with converted funds classified as taxable income. This can increase the amount of income taxes you owe the IRS in the year the conversion takes place.

However, while you may get a large IRS tax bill, this can make sense in some situations. You may wish to convert a traditional 401(k) to a Roth 401(k) under the following circumstances:

Converting a traditional 401(k) to a Roth 401(k) is simple -- you'll just need to complete some paperwork to request the transfer of funds.

However, you'll want to make sure you have money available outside of your retirement account to pay the taxes due as a result of the conversion. Otherwise you could be forced to make an early withdrawal, which may be subject to a 10% penalty.

Because Roth 401(k)s are tax-advantaged accounts, they're subject to special rules for when money can be withdrawn.

Contributions can always be withdrawn penalty-free, but you cannot withdraw earnings without a 10% penalty unless you're 59 1/2 and you follow the five-year rule. The five-year rule mandates the first contribution to the account must occur five or more tax years prior to the first distribution in order to avoid penalties.

The five-year rule can sometimes get you into trouble when you're doing a rollover. If you had your Roth 401(k) open for long enough to fulfill the requirement but only recently opened the Roth IRA you rolled your funds to, you would not meet the five-year rule after moving your money over.

If you anticipate rolling over money from a Roth 401(k) to a Roth IRA, be sure to open the Roth IRA early and make a contribution to it so you are not subject to a long waiting period before you can take a penalty-free distribution after moving your 401(k) funds over.