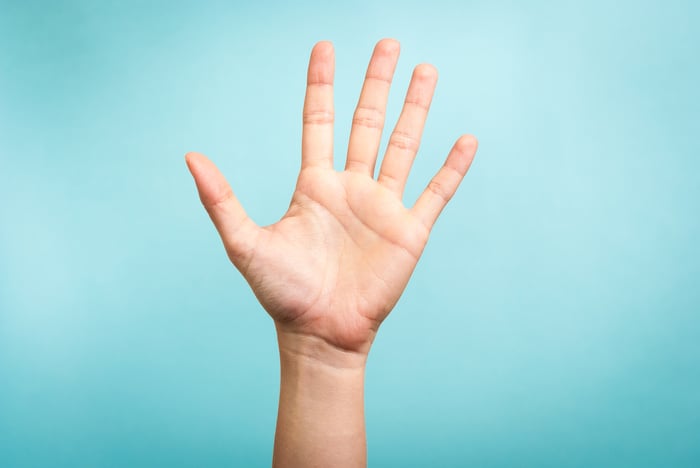 If you use the mega backdoor Roth IRA and roll over funds from a designated non-Roth after-tax account in a 401(k) into a Roth IRA, the five-year rule only applies to the amount you paid taxes on when you made the conversion. So, if you contributed $10,000 to a non-Roth after-tax 401(k) account, it grew to $12,000, and then you converted it to a Roth IRA, you'd be able to withdraw $10,000 at any point without penalty, but $2,000 is subject to the five-year lockup.