A Roth conversion involves moving funds that are held in either a traditional IRA or a standard 401(k) into a Roth IRA. The benefit of doing a Roth conversion is twofold: a lower tax burden in retirement and reduced required minimum distributions.

This conversion process is not as simple as it sounds. Before you count on the prospect of lower taxes and more freedom to hold money in your account, look at these six must-know facts about Roth conversions.

1. You must pay taxes on the converted amount in the year of the conversion 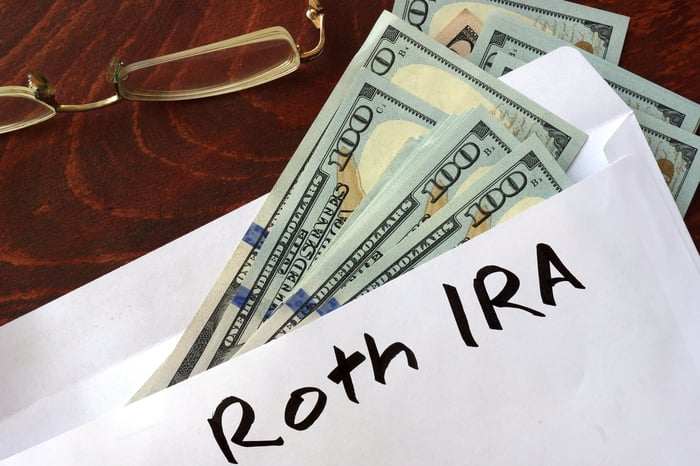 Plus, if you are younger than 59 1/2, you can't use any of the converted funds to pay these taxes. The IRS would consider that an early distribution. As a result, you'd be hit with a 10% penalty on top of the income taxes. For that reason, you should plan on paying the taxes out of your cash savings.

If you are older than 59 1/2, you could pay the taxes out of the converted funds without incurring a penalty. But you may not want to. Doing so would lower your invested balance and your future income potential, which isn't ideal.

Think of a Roth conversion as a strategy to prepay your retirement income taxes. You'd do this only if you think your tax rate today is lower than it will be in retirement. You might be in the 12% tax bracket right now, for example. But, thanks to disciplined saving, you expect to be in the 22% tax bracket once you retire. Or, you might feel strongly that tax rates generally will rise in the future, pushing the 12% tax bracket to 15%. In either case, the conversion would allow you to pay a lower tax rate now in lieu of a higher tax rate later.

On the other hand, if you expect your tax rate to be lower in retirement for any reason, a Roth conversion isn't the right move. You don't want to pay more today when you could pay less in the future.

Interestingly enough, Roth IRA income limits don't apply to Roth conversions. So, even if you make too much to contribute directly to a Roth IRA, you could still contribute to a traditional IRA and then do a conversion. This is what's known as a backdoor Roth IRA. The end result is the same as a direct contribution, but you have to jump through a few more hoops to get there.

That all sounds messy and complicated because it is. Know that if you want to convert nondeductible contributions and you have other IRA assets, it's smart to consult with a tax advisor before making any decisions.

A 401(k) Roth conversion is taxed in the same way as an IRA Roth conversion. You'd owe income taxes on pre-tax contributions, plus any earnings. As with an IRA, if you have any nondeductible contributions in your 401(k), the taxation gets more complicated. Generally you'll incur taxes for converting the pro-rata share of pre-tax funds in your account. If you don't have nondeductible contributions, things are more clear-cut. You'd simply pay taxes on the entire converted amount.

A powerful but permanent tax strategy

A Roth conversion can save you some tax dollars in retirement. The trade-off is that you have to pay for those savings today. Most of the time, it's preferable to fund the current taxes on your conversion from cash savings. That way you won't incur a tax penalty and you won't deplete your retirement funds.

Before moving forward with a conversion, carefully evaluate whether the cost today will be worth the projected savings tomorrow. Take your time thinking through this since you can't change your mind later. Move forward only if you feel reasonably confident that you have the cash on hand to pay the taxes and that your tax rate in retirement will be higher than it is today.