Some surprises are delightful, such as a surprise birthday party, a marriage proposal, or a winning lottery ticket. Others, though, can be troubling or even devastating, personally and/or financially.

Take Social Security. If you learn some basic things about the program, which delivers vital retirement income to millions, and you plan well, you can maximize how much money you get out of it. If you just wing it, though, you might end up surprised -- and collecting less cash than you could have. 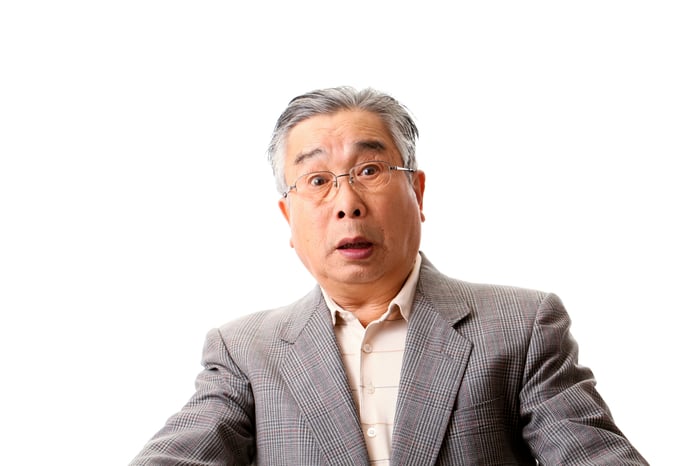 Here are three Social Security surprises you'll want to prevent or brace against.

This is a big one. Depending on when you start collecting your retirement benefits, your monthly checks will be bigger or smaller. You can start as early as age 62 or as late as age 70, but note that each of us has a "full retirement age" (of 66 or 67) at which we're entitled to start receiving the full benefits to which we're entitled. Starting to collect before your full retirement age will shrink those checks -- as much as 30% -- while delaying will make them about 8% bigger for each year you delay.

Here are the details for those born in 1960 or later, who therefore have a full retirement age of 67:

It's worth learning about other ways to increase Social Security benefits, too.

It all depends on how much you earn while collecting Social Security and what portion of your earnings are made up of those benefits. In general, those with income featuring meaningful income from non-Social Security sources, such as wages, self-employment income, interest, and dividend income, are more likely to end up getting taxed. If you think you'll be in that group, you might consider delaying starting to collect Social Security for a few years, perhaps drawing income from other sources, such as investments. Overall, most retirees pay little or no taxes on their benefits.

Finally, there's the fact that if the Social Security program isn't bolstered in some way(s) by Congress, it's set to see a shortfall in the coming years, between sums coming in from taxed workers and sums going out as benefits to retirees. It's not likely that benefits would stop entirely. However, if a recent proposal from President Trump to stop payroll taxes ever came to pass, they would. Instead, a recent calculation suggested that benefits might end up shrinking by about 24%.

The good news is that there are plenty of ways to fix the Social Security shortfall if and when Congress wants to do so. (If you'd like to encourage them, contact your representatives in Washington.) For example, the Social Security tax we pay with each paycheck could be increased a little or a lot. And the program might start taxing every dollar that we earn, instead of capping the earnings on which we're taxed at a certain level (it's $137,700 for 2020).

Take some time to learn more about Social Security to ensure that you'll be able to make the best decisions for yourself and maximize what you get out of the program.