Please ensure Javascript is enabled for purposes of website accessibility
Free Article Join Over 1 Million Premium Members And Get More In-Depth Stock Guidance and Research
By Catherine Brock - Dec 8, 2020 at 8:05AM

Planning to claim Social Security early? Then you need to read this.

Raise your hand if you want to learn about some lesser-known Social Security rules. It'll be fun, like watching paint dry -- only there's a possible financial benefit involved. Conclusions from a new audit report may pique your interest in the workings of Social Security, so you can protect the benefit that's rightfully yours. The report details underpayments totaling $70,681 to beneficiaries who'd claimed early and continued working.

Given that about 64 million people receive Social Security benefits today, a slip-up of $70,000 or so is fairly minor in the grand scheme of things. But if you're one of the few affected, a smaller benefit than you deserve doesn't feel minor at all. That's why it's helpful for you to know the background on these underpayments -- so you can recognize if it's happening to you. 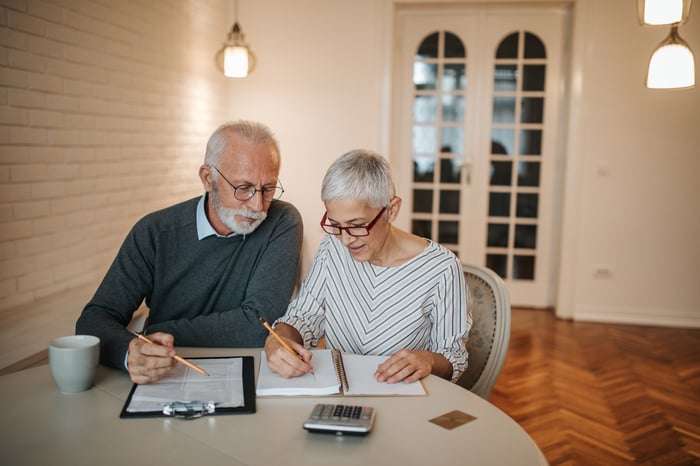 Once you reach FRA, however, the income restriction goes away. At that point, your benefit should be recalculated. You'd get credit for any months your Social Security was withheld, as well as your recent income, if it was high enough to be considered in the benefits formula.

The OIG identified 7,477 beneficiaries who'd claimed early, had their benefit reduced because they continued working, but did not receive an automatic adjustment at FRA. As a result of those findings, the OIG did an in-depth analysis of 100 people in the affected population to confirm the status of their benefits. The audit team found that 53 out of the 100-person sample were being paid improperly. 38 beneficiaries were getting less than they should, resulting in $70,681 in underpayments. Another 15 beneficiaries were actually being overpaid in amounts totaling $21,771.

If you decide to claim early and keep working, there are two sets of rules that will affect your benefit. The first is the way benefits are reduced for the income you earn before FRA. Some beneficiaries in the OIG sample had their benefits reduced improperly, which then led to an incorrect benefit at FRA.

Here's how the reduction for income should be calculated:

Second, there are a few different ways your benefit could increase after you reach FRA. Any reduction resulting from your working income should fall away. Additionally, you should get a credit for any months your benefit was withheld. This credit is basically a reversal of the monthly deduction that's applied when you claim early. On top of that, if your recent years of working were among the highest-paid on your earnings record, the SSA should also recalculate your benefit to reflect that higher income. The first two adjustments should happen at FRA. Higher income will come through to your benefit later, in December of the year after the income was earned.

It's safe to say no one has ever described Social Security as a perfect system. More common descriptors are complex, confusing, and even flawed. But Social Security provides an essential stream of retirement income for millions. A program of that size is bound to make mistakes. If you think one of those mistakes is affecting you, gather documentation of your earnings and the benefits you've received. Then, write down the specific questions you have and reach out to the SSA by phone during business hours for clarification.