Achieving financial independence is deeply embedded in the American dream. Yet millions of young Americans see their parents and grandparents struggling to reach traditional retirement, living with minimal fixed incomes, or having to work far longer than they wanted.

FIRE stands for "Financial Independence, Retire Early." The goal is to attain enough wealth to retire early through a combination of a very high savings rate and a frugal lifestyle. And we aren't talking about retirement at 55. Most FIRE practitioners aim to retire in their 40s or even earlier.

Does FIRE make sense for you? If you're frugal, able to divert a very large portion of your income to retirement savings and investments, and have a do-it-yourself spirit, then adopting a FIRE lifestyle could be a perfect path to financial freedom. Chances are, even if you're not interested in going full-on FIRE, elements of the movement can help you reach your financial goals faster.

Financial independence means, in the most basic sense, that an individual no longer needs to work for money. Put another way, they are no longer financially dependent on an employer to provide them with a paycheck.

At its core, financial independence appeals to those who value their time at least as much as they value an increasing investment portfolio. At a certain point, the value of accumulating more and more assets begins to diminish, which generally makes people more aware of how they're spending their time.

From a purely mathematical standpoint, achieving financial independence requires having enough assets saved to predictably cover your living expenses in perpetuity. A good starting point is to set a savings goal based on the 4% withdrawal rule, which works out to building a nest egg equal to about 25 times your annual spending requirements. For example, someone who needs $50,000 per year would need to have a $1.25 million portfolio.

What is the FIRE movement?

The FIRE movement is made up of mostly ordinary individuals -- some of whom produce FIRE content via podcasts and blogs, and many who don't -- who have rallied around the principles of financial independence. Some are incredibly aggressive savers, some are remarkable investors, and some are insanely high earners. But all want to reduce the dependence they have on their respective employers and at least have the option to live life on their own terms.

When it comes to FIRE, you most certainly can have the "FI" piece without the "RE." This serves as a point of caution: Many FIRE movement adherents recommend retiring "to" a career or lifestyle you enjoy as opposed to retiring "from" a workplace you hate.

Being a 35-year-old retiree with nothing but time ahead can seem like a daunting proposition on its own. It's perfectly reasonable -- and abundantly common -- to achieve financial independence but continue to work in some capacity. 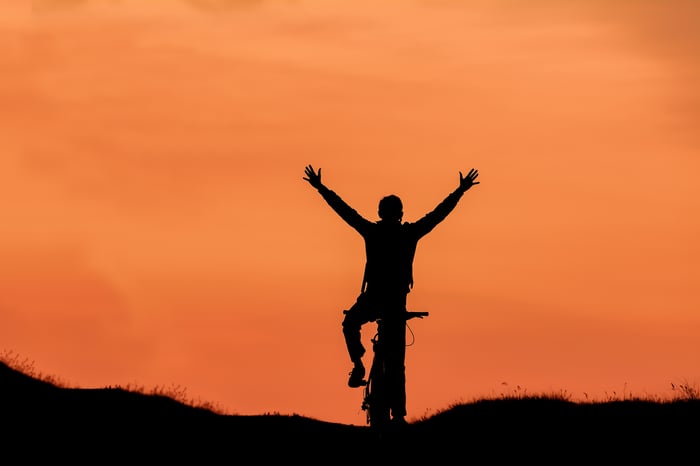 Those familiar with FIRE might think its adherents are frugal to an extreme. They might think that FIRE means living a life of pure sacrifice until an arbitrary portfolio value is reached. On the contrary, FIRE principles are freely accessible to almost anyone.

Make no mistake -- there are some strategic sacrifices involved -- but even the most ardent FIRE practitioners make room for enjoyment and self-indulgence. To get to their FIRE number as fast as possible, however, many FI devotees follow some of the value-maximizing principles of financial planning.

Some of the more common FIRE tips include:

The difference between the typical employee and the FIRE adherent is the one seeking financial independence is very deliberate in ensuring that each of these tips is met and surpassed. They are purposeful. Every dollar has a job. FIRE proponents understand that each of their small actions plays a significant role in ultimately hitting their retirement number, which will only come sooner with greater dedication.

It starts with asking yourself some basic questions and then doing the math to figure out how much you'll need to save -- or if you need to adjust your goals.

Once you've answered these two questions, you can start working to determine if your goal is feasible. Let's start with the first number, which is how much you expect to spend each year in retirement.

As mentioned earlier, a helpful rule of thumb is the "4% rule," which says your retirement savings will need to be large enough for you to withdraw 4% per year. In other words, your nest egg needs to be 25 times the amount you'll withdraw the first year. In each successive year, your withdrawal amount may be increased by inflation.

In the previous example, we used this concept to show that someone anticipating $50,000 in annual living expenses would need to accumulate $1.25 million. If your expectations for annual expenses in retirement aren't quite so frugal -- the median U.S. household income is now closer to $60,000 per year -- you may need to accumulate even more.

Let's use $1.25 million as a starting point, along with the next question: When do you want to retire?

If someone who's 25 wants to retire at 40 with a $1.25 million nest egg, they'd have to stick $83,000 per year in a savings account at current interest yields. Needless to say, that's out of reach for many people who don't earn a significant income.

However, there are ways to boost how much you save and to maximize how much your savings grow so you're not doing all the hard work on your own. And remember, FIRE is far from an all-or-nothing proposition. Even reaching 50% of your FI goal is a tremendous accomplishment and will earn you a significant amount of financial flexibility.

Of course, these are simple numbers to illustrate the point: Saving a lot of money is much harder than growing wealth by investing a portion of that savings over the long term. And, perhaps a more salient point: Investing as much money as you can -- as soon as possible -- will pave the way toward financial freedom.

What does FIRE mean to you?

One of the unique things about the FIRE movement is that its constituents come from all walks of life and all income levels. You don't need to be a Wall Street executive to reach financial independence; anyone can accelerate their trajectory toward FI by following a few simple financial planning principles. Retiring early, on the other hand, tends to be more controversial and more self-defined. Becoming financially independent doesn't force you into quitting your job the next day, but it certainly does give you the choice.

Many people are bothered by the idea that FIRE requires too much sacrifice of the "now." Yet many FIRE practitioners say the lifestyle can be deeply gratifying. Sure, there are sacrifices, but learning basic plumbing to fix a leaky faucet can save you hundreds of dollars versus hiring a handyman or plumber. It can also unlock your potential to do far more things on your own.

FIRE devotees also describe the lifestyle as being physically and emotionally healthy. Instead of a pricey resort vacation -- often with the added stress of air travel -- a camping or backpacking trip with family and close friends not only costs less, but it can result in more meaningful experiences.

But how much sacrifice FIRE requires you and your family to make really depends on your goals, your disposable income, and what you're prepared to give up or cut back on to get your savings rate as high as possible.

It's also possible to find over time that many things that were hard to give up are things you're better off having left behind. A simpler, less-expensive lifestyle that prioritizes experiences over things, especially when it helps you achieve financial independence as early as you can, is worth striving for.