When we imagine struggling, cash-strapped college students, we tend to picture sweatshirt-clad young adults feasting on instant noodles in their dorm rooms. But a growing number of college students are finding it hard to afford a dorm room. In fact, they're finding it difficult to pay for housing at all.

In a survey of almost 86,000 students conducted in late 2018 by The Hope Center for College, Community and Justice, homelessness impacted 18% of respondents enrolled in two-year colleges, and 14% of those attending four-year colleges. Meanwhile, the percentage of students experiencing housing insecurity, like trouble paying for rent or room and board, was 60% among those enrolled in two-year colleges, and 48% among those in four-year schools. 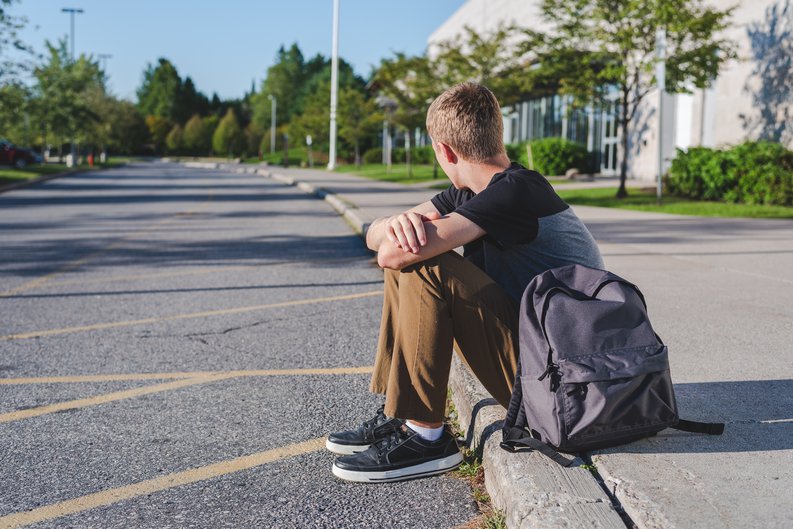 Given that student loans can be used to pay for housing, these statistics may seem shocking. But remember, some students only qualify for so much aid. When forced to choose between tuition or putting a roof over their heads, many opt for the former and end up resigning themselves to living out of their vehicles, couch surfing, or potentially being forced to actually sleep out in the street.

If you're struggling to pay for housing in the course of earning a degree, you may need to rethink your academic plans -- and put your health and well-being ahead of graduation.

You need a place to live

Without a stable home, it can be difficult to focus on your studies. If you're really in a place where you just can't afford to cover your tuition bills and pay for housing at the same time, the solution could boil down to deferring your studies until you're more financially secure.

And to be clear, it's noble to be willing to make sacrifices to get your degree sooner, but being without a home could impact your health, and that's not a risk you want to take. If your student loans aren't enough for you to cover both tuition and living expenses, consider leaving school for a year, working, saving money, and then enrolling again once you're in a strong enough position to pay for your university fees and housing simultaneously.

At the same time, be sure to explore your options for low-cost housing. Dorming may not be the answer here. In fact, you'll likely have to spend more to live in a dorm than you will to live someplace off campus, especially since room and board tends to cover meal plans that you technically don't need. That isn't to say that you don't need to eat; rather, students who pay for room and board get the convenience of having their meals cooked for them, and as such, are often charged a premium. If you're willing to grocery shop and prepare meals yourself, you could reap some savings.

Finally, remember that you can use student loans to pay for housing. And in many cases, you can borrow to pay for off-campus housing as well. The amount you're able to borrow for that purpose may hinge on the school you attend, but if you're worried about the cost of housing, it's worth doing some research and seeing what your borrowing options entail. Of course, the more debt you rack up in the course of your studies, the more difficult it will be to pay it off. But when you're talking about living in a dorm or apartment versus sleeping in your car, the extra debt you might take on is worth your health, comfort, and peace of mind.