These days, many people find it impossible to cover the cost of a college degree without taking out student loans. But it's not just those who are actually pursuing degrees who wind up in debt; often, it's their parents as well.

A large number of parents want to shield their children from the burden of student loans, and so they take out loans in their own name rather than allowing their kids to rack up mountains of debt. As such, baby boomers aged 56 and over have become the fastest-growing group of student debt borrowers.

But recent data from online lender Laurel Road reveals that students don't necessarily want their parents stepping in, bailing them out, and putting their own retirement at risk. In fact, 71% say they'd rather take out student loans themselves than see their parents do so on their behalf. 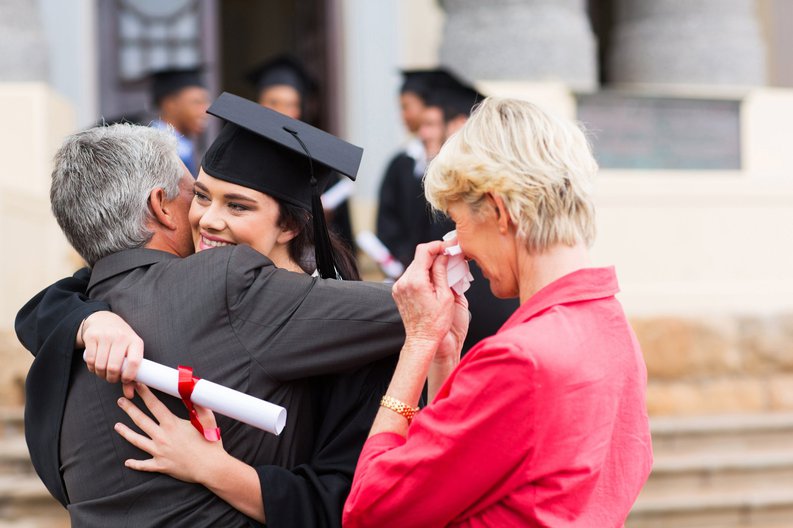 The danger of student debt later in life

Many parents argue that they're in a better position to take out student loans than their children. After all, they're the ones with established careers and steady paychecks. Their children, by contrast, are pursuing their studies, after which they'll be just starting out in the workforce with limited incomes.

But while taking on student debt so their kids don't have to is a commendable thing, it's also a dangerous financial move. For one thing, the money parents spend later in life to pay back student debt is money that could instead go into their IRAs or 401(k)s. Furthermore, some parents risk carrying that additional debt with them into retirement -- a period of life when no amount of debt is particularly healthy, given that most seniors are limited to a fixed income. As such, parents should really proceed with caution when contemplating the idea of taking out educational loans -- and discuss those plans with their children. Chances are, many will put up a fight and affirm their ability to tackle that debt themselves.

Not only would most students rather take out their own loans than have their parents do so, but they're also pursuing ways to make college more affordable. An estimated 41% have pursued higher-paying jobs, as opposed to work that aligns with their interests, to increase their cash flow and make college easier to pay for. Meanwhile, 39% have skipped out on social activities to save more money, and 17% have started a business or gotten a side hustle to boost their cash reserves.

Of course, holding down a job and making sacrifices may only go so far at expensive, private colleges with high tuition costs. As such, some amount of student debt is often inevitable. But while younger folks have their whole lives to pay back that debt, parents of college-aged children clearly have a lot less time, especially if the goal is to be debt free by the time they leave the workforce. Therefore, parents should think long and hard before signing up for student loans -- and put a little faith in their children's ability to finance their education on their own.