All 50 states make different choices about where they get the tax revenue they need in order to provide the services their residents need and demand. With income taxes, property taxes, and sales taxes among the revenue-collecting tools at their disposal, most states end up using a combination of all three to make ends meet.

But some states have chosen not to impose any sales tax at the state level, making it a lot cheaper for shoppers to buy. Using a combination of figures from the Tax Foundation, including general state sales taxes and average local-option surtaxes, let's look at the five states that don't have statewide sales taxes with an eye toward identifying the impact their decision has on individuals and businesses. 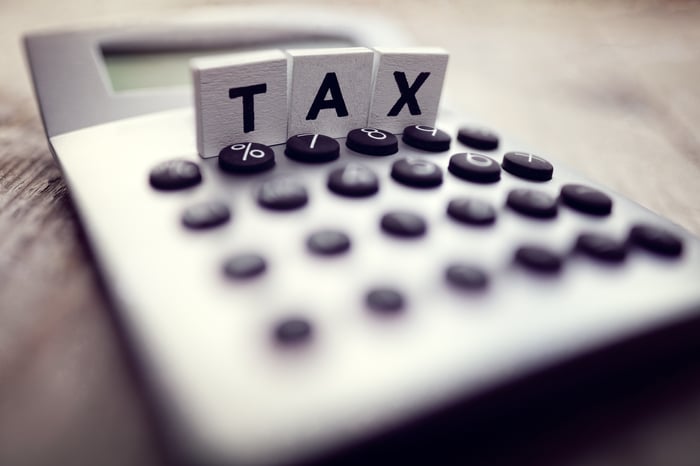 Although Alaska doesn't have a statewide tax, it does have local option taxes that amount to an average rate of 1.69%. Alaska doesn't have an income tax, either, relying solely on property taxes as its sole means of support from individuals. The lion's share of state revenue, however, comes from royalties and oil tax revenue from ExxonMobil (NYSE:XOM), ConocoPhillips (NYSE:COP), and BP (NYSE:BP), all of which have extensive operations in the state. Even recent tax cuts on those oil giants haven't added to residents' share of the overall tax burden, and residents will also receive checks from the Alaska Permanent Fund amounting to $1,884 per person for 2014 -- more than double last year's $900 payout.

4. Montana
Like Alaska, Montana also has local-option resort taxes in certain areas of the state, but the Tax Foundation lacked adequate data to measure the average impact of those add-on taxes. Yet many of the most populous areas of the state, including Billings, Bozeman, and Missoula, don't have any sales taxes at all. Given that state's remote location, however, having no sales tax doesn't do much to draw shoppers from neighboring states. Fairly high income taxes offset the lack of sales tax.

3. New Hampshire
With the moniker "Live Free or Die," New Hampshire gives residents a double-tax break, with no sales tax and an income tax that applies only to interest and dividend income. High property taxes make up the difference, but New Hampshire's proximity to Boston leads to a regular exodus of shoppers across the Massachusetts border to avoid that state's 6.25% sales tax.

2. Delaware
Delaware is a small state, but it plays a vital role in providing a home for most of the nation's largest corporations. The state's 8.7% flat corporate income tax rate leads to tax collections that are the fourth highest in the country, and combined with a personal income tax, they help allow Delaware to charge no sales tax. Nearby Philadelphia and Baltimore provide two sources of shoppers seeking tax-free purchases, but shopping malls strategically located on the Interstate 95 corridor do their best to pull in travelers from all over the East Coast.

1. Oregon
Of all the sales-tax-free states, Oregon has the closest symbiotic relationship with its neighbor. Washington lies just across the Columbia River from Portland, and the states are near-mirror-images of each other when it comes to taxation: Washington has a high sales tax but no income tax, while Oregon has a high income tax but no sales tax. As a result, those living in Vancouver, Wash., across the river from Portland, can structure their lives to pay relatively little in income or sales taxes, taking advantage of their proximity to Oregon shopping.

A better way to tax?
Many tax advocates believe that sales taxes are the worst way to tax residents, as their consumption focus tends to hit the poor the hardest. By that measure, these five states are most forward-thinking in their tax strategies, although they also clearly believe that they can attract some economic activity by luring shoppers in with tax-free purchase opportunities.