Millions of Americans are struggling financially at present. An estimated 39% of U.S. adults don't have enough cash reserves to cover a mere $400 emergency, and among consumers with credit cards, the average outstanding balance is a whopping $6,194.

In some cases, a glaring lack of savings coupled with high debt boils down to financial mismanagement. But for lower earners, it's often a function of limited financial resources more than anything else.

Thankfully, low-income households are privy to a dose of tax relief each year thanks to the Earned Income Tax Credit, or EITC. Yet shockingly, 44% of people earning less than $40,000 annually don't know what the EITC is, reports tax prep service Jackson Hewitt based on recent data it compiled. 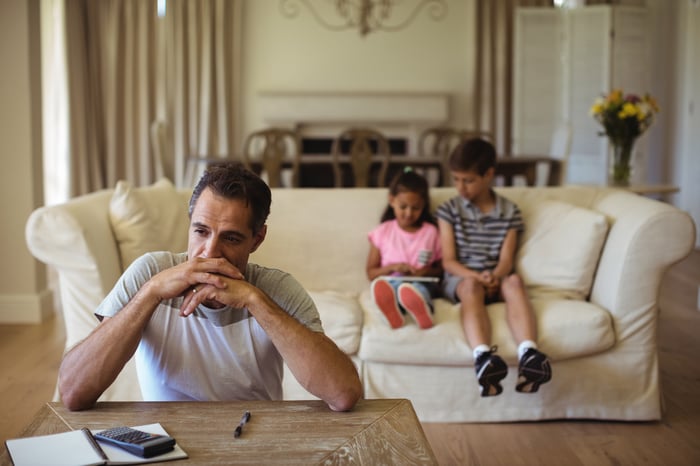 If you're a lower earner who's in the dark about the EITC, it's a good idea to read up on this credit at once -- and see if you're eligible to claim it. Doing so could make a world of a difference in your finances this year.

How the EITC works

A tax credit is a dollar-for-dollar reduction of your tax liability. If you're entitled to a $1,000 tax credit, that $1,000 is subtracted from your IRS bill.

What makes the EITC particularly valuable is the fact that it's among the few credits that are actually refundable. Most tax credits aren't refundable, which means they can't pay you money once your tax liability dips below $0. But let's say your tax liability is already $0, and you qualify for a $2,000 refundable credit. Suddenly, the IRS is paying you that amount.

Now to qualify for the EITC, you'll need to meet certain requirements. First, your tax-filing status must be single, married filing jointly, head of household, or qualifying widow. Next, you can't have investment income that exceeds $3,600.

Once you meet these criteria, you can claim the EITC based on your income and the number of qualifying children in your household, as follows:

The amount the EITC is worth to you will depend on the number of qualifying children you have. Here's how that value breaks down:

Keep in mind that all of these figures apply to the 2019 tax year (the return you'll submit during the current tax season). For the 2020 tax year, these numbers look slightly different.

Don't pass up money that could be yours

If you're grappling with lower earnings, you can probably use all the money you can get your hands on -- so the last thing you want to do is pass up the EITC if you're eligible for it. As Mark Steber, chief tax officer at Jackson Hewitt, states, "One in five taxpayers overlook the EITC, which is a 63 billion dollar program available to nearly 25 million taxpayers. The money saved from using the EITC can help pay off debt, fund future college tuition, fix or buy a car, or any go toward any important purchase."

If you're not sure whether you qualify for the EITC, consult a tax professional or file your taxes electronically, as opposed to on paper. Today's software is designed to help you identify the tax breaks you're entitled to so you don't miss key opportunities to get some much-needed financial help.